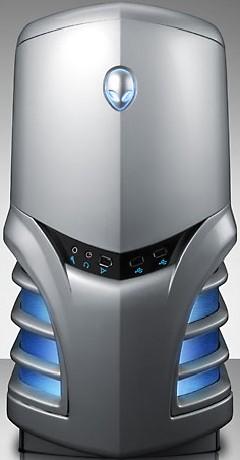 Alienware have announced that a number of their high-performance desktop PCs can now be configured to include the latest NVIDIA GeForce 8800 GTX Graphics Processing Units, either in single or dual-GPU mode with NVIDIA SLI technology.

It’s the first GPU to be fully compliant with DirectX 10 games and applications.

Brian Joyce, Senior Vice President at Alienware, said “Everything that makes gaming great the pulse-pounding action, the immersive environments, the intricate detail  is dramatically intensified on Alienware systems with the new NVIDIA GeForce 8800 GTX. Whether diving into graphics-intensive creative projects, developing near-realistic simulations, maxing out battle settings for todays hottest games or experiencing a new era of gaming on the DirectX 10 games of tomorrow that will emerge with upcoming release of Microsoft Vista, users will have all the weaponry they need to dominate on Alienware desktop systems featuring the mind-blowing performance of the GeForce 8800.”

The GeForce 8800 GTX claims exceptional graphics realism of computer-generated elements such as shadow detail, explosions, and water and hair movement, at resolutions up to 2560×1600 at high frame rates. It features a unified shader architecture that dynamically allocates processing power to geometry, vertex, physics or pixel shading operations, in addition to a high speed memory interface and two dual-link DVI outputs.