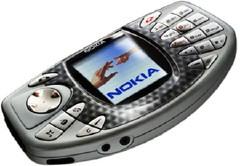 Nokia have done some research into people who play games on their mobile phones. A diverse group of 1800 people from China, Germany, India, Spain, Thailand and the United States were asked about their gaming habits.

80% of those interviewed play at least once a week, with 34% playing every day. The average length of play is 28 minutes, but highest in India (39 minutes), the US (31 minutes) and Thailand (29 minutes)

Good gameplay (83%), replayability (79%) and game genre (78%) are key motivators when considering which mobile games to purchase. Graphical quality (84%) and using the phone for other purposes while downloading (78%) were found to be the most important features when deciding to play Nokia’s next generation mobile games.

Worldwide gaming trends show that connecting people, either as teammates or as opponents, is becoming an increasingly important part of what consumers want from their mobile gaming experience. Globally, 45% play multiplayer games on their mobile phones at least once a month. India tops with over half (56%) playing at least once a week and one in four playing everyday.

Not only do players want to defeat their foes, they also want to share game demos with their friends (62%). Additionally, a large majority (79%) would trial games sent by friends.

“These research results further validate that consumers are looking to the next generation of mobile gaming to meet their gaming needs,” says Jaakko Kaidesoja, director, games, multimedia, Nokia. “Consumers are demanding great graphics, great content and great game play and we have listened. Next year, we intend to deliver superior mobile gaming experiences which will include great looking, involved and connected games that are easy to find, manage and play.”