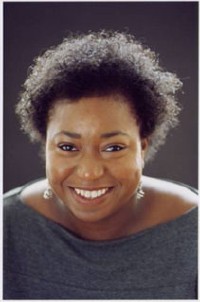 Web 2.0 isn’t just about groovy startups, y’know. The firms who rode the internet boom the first time around are coming out with their own attempts to keep pace with the user-generated content phenomenon.

Services like Microsoft’s Windows Live Spaces and Yahoo 360 combine blogging, social networking, and tight integration with these companies’ other web tools. Mecca Ibrahim is in charge of Yahoo 360 in Europe, overseeing its launch in Germany, France and the UK, with Spain and Italy planned for next year.

“It’s very hard to say whether it’s more of a social networking product, a blogging product, or just a place to collect things that are important to you,” she says. “We do see it as a central place within Yahoo where people can publish what’s important to them, and share it with their friends and the wider community if they want to do that.”

In many ways, 360 is exploring similar territory to Six Apart’s Vox service, which also blends blogging with social networking. Naturally, 360 also integrates closely with Yahoo’s other services, such as its two photo-sharing sites, Flickr and Yahoo Photos, and its Yahoo Messenger application. Interestingly, 360 appears to be attracting a different type of user to the MySpace crowd.

“We’ve been noticing a particular more mature type of social networker,” she says. “They’re curious, but not the same kind of 18-20somethings who are out trying to make lots of friends and assert who they are. These people [on 360] know who they are, but they want to tell the world, and meet similar people.”

Mecca adds that when she started on 360, she half expected users to show the same behaviour as on MySpace, collecting as many ‘friends’ as possible. “It’s been surprising to me to hear people say no, they want real friends on here, so they’re self-limiting the number,” she says.

As with Vox, the implication is that once you mix blogging with a more community feel, people are happier having less friends that they can keep up with, rather than thousands who are just a name on their homepage. The age of keen 360ers is also interesting, with Mecca saying that a lot of the most interesting 360 blogs recently have been from people in their late forties, right up to one particularly big user who’s 65. 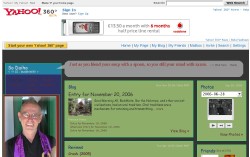 “We also have a growing number of mums who are using it,” she says. “They’re getting a lot out of it too. They tend to start by putting up heir baby pictures and saying happy birthday to people, but after a while they seem to start blogging. Publicity has helped to make blogging more widespread, as well as the fact blogs surface quite well when you go to search engines, so people are possibly discovering them when looking for things, and then getting drawn into the whole world. It’s very addictive once you start.”

Like Vox, Yahoo 360 seems to herald a return to ‘personal’ blogging, rather than the high-profile blogs about technology or current affairs which tend to make the news. 360 is more about blogging for the everyday person, who may just want their posts to be visible to friends and family, rather than the wider world.

“We try to make it so it doesn’t matter whether you have an audience of five or ten people,” she says. “Obviously, we can cope with having audiences of thousands, but people don’t necessarily want that. They want to develop real friendships with real people, and they’re just happy that 5-10 people are listening to what they’re saying. That’s almost therapeutic in itself.” 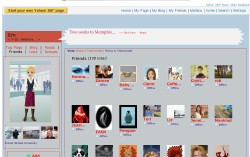 That said, Yahoo has been making more of an effort to unearth the most interesting blogs on 360, and throw them into the limelight, driving more traffic to read them. Mecca says the company is working on plans to provide tools for the community itself to rate and review blogs, ensuring that the best writing can then be promoted both within 360, and elsewhere on Yahoo. More of that later.

So how does Yahoo manage the balancing act of making 360 easy enough to use for new bloggers, while also keeping the loyalty of more experienced users? Mecca admits that it’s a balancing act, particularly as the ethos of Web 2.0 is about using user feedback as a guide to what new features should be developed on an online service.

“We’re happy to listen to what people are saying about wanting to mash up products and pull in modules from elsewhere, or have different backgrounds etc,” says Mecca. “A lot of the stuff we’ll be developing next year has come from suggestions from the public. The whole point of giving people the tools to create their own content is to then listen to what they’re saying. But it is a juggling act to ensure it doesn’t get too complicated for the vast majority of people.” 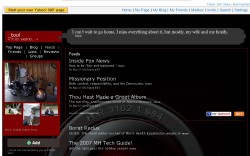 So far, Mecca hasn’t noticed any major differences between how users in the UK, France and Germany are using 360, although she has noticed that people’s networks of friends tend to cross national boundaries, meaning it’s a truly global community, rather than a set of country-based silos.

So what’s next? How will 360 develop in 2007? Mobility is an important trend, which Yahoo is already investigating with the launch of its Yahoo Go mobile application, which provides email, instant messaging and Yahoo Photos uploading on mobile phones, and also with its partnership with 3 on the UK operator’s X-Series phones.

“I think the idea of your page becoming more of your reputation or persona,” she says. “Something that can follow you around the network. Rather than giving out your phone number, you might give out your blog address. Obviously, that’ll only work for some people, but a number of people already do it, for example displaying their 360 profile in Yahoo Answers. I think we’ll see more of that, not just within Yahoo, but outside too.”

Interestingly, Mecca also says that Yahoo is trying to “surface” the content of its most high-profile 360 bloggers more, particularly if they’re writing about specific subjects.

“For example, if we have bloggers who we know are into current affairs, we might want to surface some of their opinions on a news page,” she says. This could be a controversial topic if not handled sensitively – as Google has found out with its Google News service, which has faced criticism form some quarters over what constitutes a reliable ‘news’ service, and whether blogs can ever be classified as that.

“It takes a while to build up bloggers’ reputation,” says Mecca. “We’re looking to find ways where people in the community can decide to rate and review each other’s work. Once you have a reputable amount of blogs that you know you can trust, we can start surfacing them more. It’s easier to surface the more reputable content to better positions on news or music pages or whatever in Yahoo if we’ve got a thousand people saying this person is reputable.”