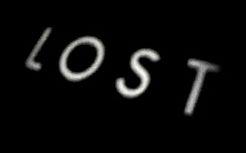 HDTVUK reported a couple of weeks ago that Sky One have scooped Lost series 3 from Channel 4. We now have some more details about the series.

It will air exclusively on Sky One and Sky One HD from Saturday 18th November, starting with a double-bill and including a multi-start option allowing viewers to choose their start time. It’ll also be available on demand via skybybroadband.

Additionally, there’ll be a special “LOST: A Tale of Survival” documentary on Wednesday 15th November at 10pm on Sky One/Sky One HD.

Sky will show the first six episodes up until Christmas, then take a break in January, resuming the remaining episodes in February 2007, which will be aired just days after they’re broadcast in the US.

Get the latest UK high definition TV news from HDTVUK.tv