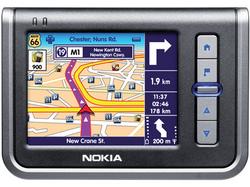 New research from Privilege Insurance suggests that the new craze in car satellite navigation systems may not be all good.

Allegedly over one in ten drivers have used the controls on their sat nav whilst they’re driving, instead of programming the route before they set out. Over half (53%) admit that doing so meant their eyes were taken of the road.

One in eight admit to not spending time planning an unfamiliar route, relying solely on the equipment. The worst areas, perhaps unsurprisingly, are UK cities, where 27% of drivers using satellite navigation did so in large urban areas.

The Privilege Insurance research reveals that almost one in five (19 per cent) of drivers using the controls of their satellite navigation while driving lost concentration, compared to 17 per cent of those who read a map while behind the wheel.

“Navigation equipment can be a major distraction while driving. Our research shows even satellite navigation equipment, if used incorrectly, can lead to driver danger. It seems that drivers in the UK are compromising their safety by relying on navigation equipment to get them to their destination, rather than familiarising themselves with their route prior to setting off.”

Naturally Privilege are keen that people stay safe (and save them money, of course… cynical, moi?) by planning first.

So what do you think? Should there be similar laws in place for all in-car devices as there are for mobile phones? Or should it just be down to common sense, maybe combined with better labelling and instructions on the sat-nav gear? Is it really a problem at all? Have your say in the comments below.