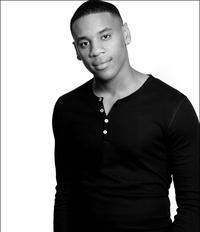 3 is to launch its own version of Top Of The Pops for mobiles, going under the name MPOPs and hosted by ex-TOTP host Reggie Yates (pictured) and guests.

Launching in December, the show will go out live and weekly on a Friday afternoon to 3’s users, initially for a run of seven shows. Each week, the presenters will run through the top selling tracks of the week, with an exclusive preview video, interview or behind the scenes gig clip just before the number one track is announced.

Viewers will be offered instant downloads of the tracks featured, including videos and realtones as well as competitions. According to Morgan Holt, Director of Media Innovation at 3: “The Top of the Pops’ audience hasn’t disappeared – they simply aren’t sitting in front of the TV anymore. So instead of having to sit around waiting for the audience, we’re taking a chart show to them. But we’ve adapted the chart show format for the mobile generation – MPops is shorter and punchier than its TV predecessors.”