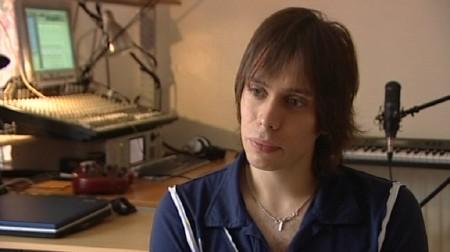 In another Internet and eBay first, an unsigned singer-songwriter from Wimbledon has sold a line of lyrics from one of his songs on eBay for over £11,000.

Jonathan Haselden, desperate to get his music noticed, decided to go for a quirky – but ultimately lucrative – idea and auction off lyrics from his song “Roller-Coaster”.

“I was travelling home on the Tube on day, thinking about how I could move my music forward, and knowing that you need to be different and do something different these days to actually get the recognition I hit upon the idea of selling lines of the song.

If you can come up with anything that will capture the imagination of the media and ordinary people to look at it and go “OK, that’s quite different” … then people can look at the music. If your music isn’t any good, then you’re never going to get anywhere anyway.”

A US buyer has bought a line in Jonathan’s song for £11,100. This guarantees them a share in the royalties the song makes… if it ever gets released.

And there’s the crunch. Someone’s been willing to invest a serious amount of cash in something that isn’t even guaranteed to succeed. I wonder how successful this song would have to be for the owner of that lyric to make back their money, given the pathetic royalties musicians receive and that they’ll only be getting a percentage.

I don’t know whether to feel sorry for the person who bought it, or jealous of Jonathan who schemed it. Both, I think. Why don’t I think of things like that. I can write lyrics like “Life is a roller-coaster. It has its ups, and it has its downs.” I guess I can’t sell that one.