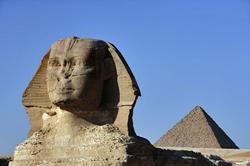 Good news for Sky HD subscribers – you’ll soon be able to watch re-runs of World At War or perhaps some more contemporary historical programming, with the launch of The History Channel HD from Thursday 26th October.

The channel will broadcast daily from 8am until 2am on Sky Guide channel number 545, with all programmes on the channel will be in high definition. To be honest, it’s unlikely to trot out all the old war documentaries, which are unlikely to benefit from the technology. The HD channel is being programmed by The History Channel UK, but it is offering a separate schedule to the standard definition channel, with UK premieres of Engineering an Empire, Warrior Empire: The Mughals, and The Sahara, as well as HD versions of The Plague, The Crusades: Crescent & The Cross, and Beyond the Da Vinci Code.