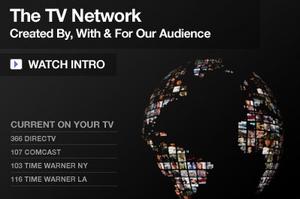 Current TV, the channel founded by Al Gore which devotes a third of its schedule to user-generated content, isn’t worried about the copyright crackdown that’s sweeping through online video-sharing communities like YouTube. In an interview with the UK Mediasnackers podcast, director of viewer-created content Ezra Cooperstein says Current TV is already safe from being sued by Big Media.

“It’s a scary thing for those players in the Web space that have taken that open-source mantra and are leaving it really open-source,” says Cooperstein. “Current has taken the high road. We screen and we moderate and we make sure we don’t open ourselves up to those types of issues. I think it will be sweeping through some of those very well known video aggregators, but we saw the writing on the wall, and put up infrastructure to guard against it.”

Current TV is due to launch in the UK early next year on BSkyB. Cooperstein also says that in the States, Current TV’s success has “sent vibrations” through boardrooms at the TV networks, who are keen to make more use of user-generated content themselves.