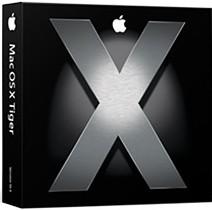 A ‘kernel coder’ by the name of Semthex says that he has created an entirely legal release of the latest Mac OS X operating system (10.4.8) that boots on an Intel-based PC.

Unfortunately for anyone wanting to run Mac OS X on their cheap-as-chips PC, it doesn’t get much more exciting than that yet. The graphical user interface (GUI) isn’t available – you’ll just be greeted with the ‘single user’ screen (which a lot of Mac users won’t even have seen) that gives you command line access to the underlying Unix system.

He claims that it doesn’t break Apple’s licence, either, because the code bypasses the Trusted Platform Module (TPM) – in other words what’s supposed to keep OS X firmly on Mac hardware – whilst not breaking Apple’s source code licence. Hmm, sounds dodgy to me.

It’s an interesting academic exercise (no really, it is) that will probably be built upon. If recent recommendations that Apple get out of the hardware business are at some point heeded, then perhaps this will all become official.