These little Apple-aping beauties are the X340 and X600, from MSI. They’re part of the X-Slim range, which also includes the X320, which we spotted at CES.

No release date, or UK prices yet. Shame, because these do look rather nice, even if they’re a tad on the derivative side. 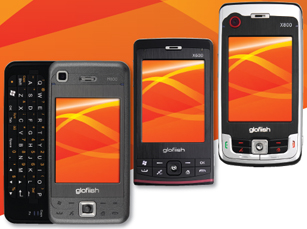 Smartphone manufacturer, E-Ten, yesterday launched three new models on the market, aimed at stealing back some of the ground gained by HTC over the last few months.

Running on Windows Mobile 6, the three handsets – Glofiish X600, X800 and M800 are available from eXpansys, and differ slightly in terms of functionality.

The Glofiish X600 allows for GPRS and Wi-Fi connectivity and the ability to use the GPS technology. Running on…