More than double the amount of mobile data was used on-site at this year’s Glastonbury Festival than the previous event in 2017, EE has said. The three-day festival was headlined by Stormzy, The Killers and The Cure. The mobile operator, which is the official technology partner of the festival and installed 5G coverage for the…
3rd July 20193rd July 2019 Chris Price Mobile phones, music, News

Individuals looking to bask in the warm weather and enjoy the latest music at this year's Glastonbury Festival, will also be treated to free 4G connectivity by telecoms giant EE. The network is an official partner of the festival and…

EE are giving sodden festival goers at this weekend's Glastonbury 2013 music festival free access to their superfast 4G service, in a somewhat unusual way. The mobile network have kitted out one of Worthy Farm's own New Holland eco-friendly tractors…

Each year Orange come up with a barmy, green-friendly gadget to coincide with the UK's Glastonbury music festival. For instance, last year they revealed the "Hot Stepper Power Wellies" that charged mobile phones just by using the heat from…

Heading out to see Stevie Wonder and co at this year's Glastonbury music festival? Well don't even think about pulling on your wellies until you've grabbed yourself the official GlastoNav app from Orange. As essential as a bag full of…

If you went to Glastonbury last weekend, or even if you just soaked it up on TV with the Beeb, you may have been aware that Mike Skinner of The Streets made a crop-circle impression of his face on a field near the festival site.

So what headphones were they? Well, they were none other than the Sony MDR-XB700.

The XB700s have a powerful, ultra-low bass response and a driver unit that reproduces low frequencies accurately. The XB stands for ‘eXtra-Bass’ and these headphones are aimed at the bass-heavy music fan. That’s a lot of ‘bass’ in one paragraph but I think you get the picture.

Their manufactured from synthetic leather and the king-sized ear cushions reduce sound loss. The urethane cushion spreads pressure evenly, providing comfortable wear over extended listening periods. The XB700s have a frequency response of 3-28.000Hz and the driver unit is a 50mm dome type.

Keep checking back on TD and we’ll give these headphones the once over in the not too distant future.

Sony Centres will sell you the XB700s for £100 although you can get them a bit cheaper if you search around. £77.49 on Amazon for example.

Orange has released an update to their GlastoNav app ahead of this weekend’s festival. The app will work on most smartphones and across all networks.

GlastoNav will provide info on all the bands performing at the festival – with bios written by The Guardian. More useful than that is the stage-times feature which should work out a darned sized cheaper than buying one of those plastic lanyards at the site.

Also included is an interactive map which will provide details of the whole site, including opening times of specific venues and directions between stages. The interactive map will also be used for competitions and promotions across the weekend.

Another useful feature is the My Schedule where you can not only plan your Glastonbury experience but also save your friend’s schedules too.

GlastoNav is free direct from Orange although, at 350kb, some data charges may be applicable depending on your mobile plan. Interactive features may also require a data connection as well so be aware of that.

My Glasto tips: Go see Jarvis and don’t miss Blur. Wear plenty of protection – from the sun. Eat, drink and be merry but don’t eat the mushroom omelettes. Drugs are bad. Mmmkay? 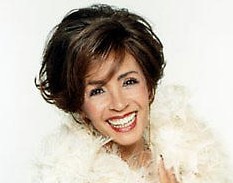 Dame Shirley Bassey had a narrow escape this weekend, following her triumphant set at Glastonbury. No, she didn’t eat one of the burgers. It’s just another case of helicopter malfunctions repeating, I’m afraid. 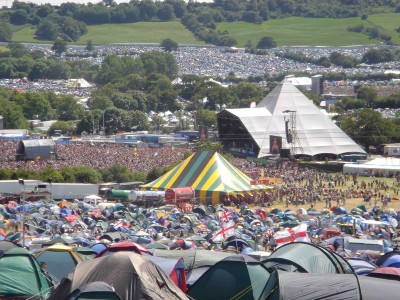