Taylor Buley, a writer for Forbes, has broken the Twitter world record. His tweet about Benjamin Franklin’s maxim about the inevitability of taxes was a humongous 247 characters long.

I wrote humongous to add a bit of oomph to the opening paragraph – I think it worked.

He used Twitter’s API for the feat. It allows for 247 characters. It cuts the message at 136 characters and uses the remaining four for a space and ellipses. An ellipsis is three dots in case you didn’t know. I knew, of course. I didn’t have to ask anyone. The 140 character tweet is what is displayed in the Twitter stream.

The ellipsis is hyperlinked, however. When clicked it displays the full message in all of its Twitter rule-breaking glory.

It’s not clear if it’s a bug or a feature as of yet. What is known is that Taylor Buley is a record breaker. He wanted to be the best, he wanted to beat the rest. He had the dedication. Norris McWhirter and Roy Castle will be looking down and smiling. 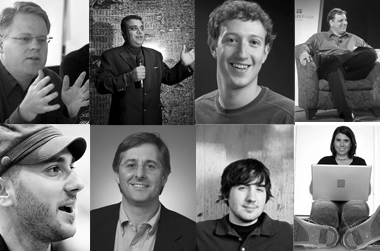 Forbes, in their ever-increasing attempts at winning the googles with their top [insert random number depending on how many they could either be arsed with, or stretch to] lists has just released what is, admittedly, a pretty exciting feature.