Rumour that Acer is to launch a smartphone has been spreading across the net for a while, but it’s just become official. Acer will launch its phone on February 16 at Mobile World Congress in Barcelona. It probably won’t look anything like our artists’ impression to the right, complete with PC ports on the side.

What we do know is that Acer designed it with the help of E-TEN – a smartphone company that Acer acquired last year, and that it’ll run Windows Mobile. Which is a shame – it’d be nice to see an Android beast. Pricing, availability, specs and all sorts of other details will likely be announced on Feb 16, and when they are, we’ll tell you them.

Phew. Yesterday was without a doubt one of the most exciting days in the history of the mobile with innovative launches everywhere you looked. Judging by the new range of handsets it really is worth hanging on until at least… 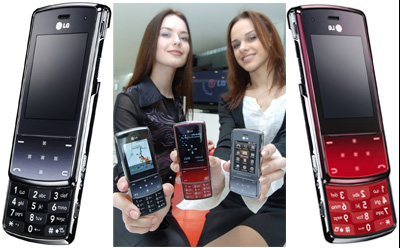 Barcelona’s Mobile World Congress expo (previously named 3GSM) next week promises to be full to the brim with new handsets, particularly as CES was a bit of a let-down in terms of ear furniture.

Thankfully we don’t have to wait until next Monday for the announcements, as LG’s LG-KF510 has been leaked to the interweb today, promising touch-sensitive…