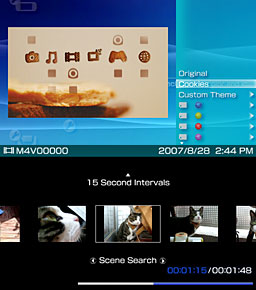 Okay, so there’s rarely dancing in the streets at the arrival of a firmware update for PSP, so 3.70 shouldn’t be criticised for being a trifle underwhelming.

New features include the ability to listen to music while browsing photos, custom themes support, a scene search during UMD movie playback (for all those users who watch UMD movies. Both of you.) and custom button assignment during Remote Play. It’s an evolution, not a revolution, kids. And custom themes do sound cool.