The year 2021 was record-breaking in terms of the sheer size of data breaches. According to the data collected and analyzed by the Atlas VPN team, 5.9 billion accounts were affected by data breaches throughout 2021.

Atlas VPN has retrieved and calculated the numbers of breached accounts based on multiple publicly available sources. The total count includes worldwide data breaches that took place from January 1st, 2021, to December 31st, 2021.

February saw the biggest data breach of all-time — COMB, or in other words, the Compilation of Many Breaches, which is responsible for the leak of a whopping 3.2 billion unique cleartext email and password combinations.

The breach was named this way because it is not a result of a single hack of a specific organization but rather combines leaked data from a number of different breaches spanning five years, including Netflix, LinkedIn, and others. The breached data was first offered for sale on RaidForums, an underground database sharing and marketplace forum, for just $2 in February.

“Even with data breaches becoming a growing threat, it seems organizations are still not putting enough effort in protecting the personal information of their users. One of the first things every organization should do is evaluate the amount of sensitive user data it collects — the less sensitive data is stored, the lesser the risk of it being leaked.”

To read the full article, head over to: 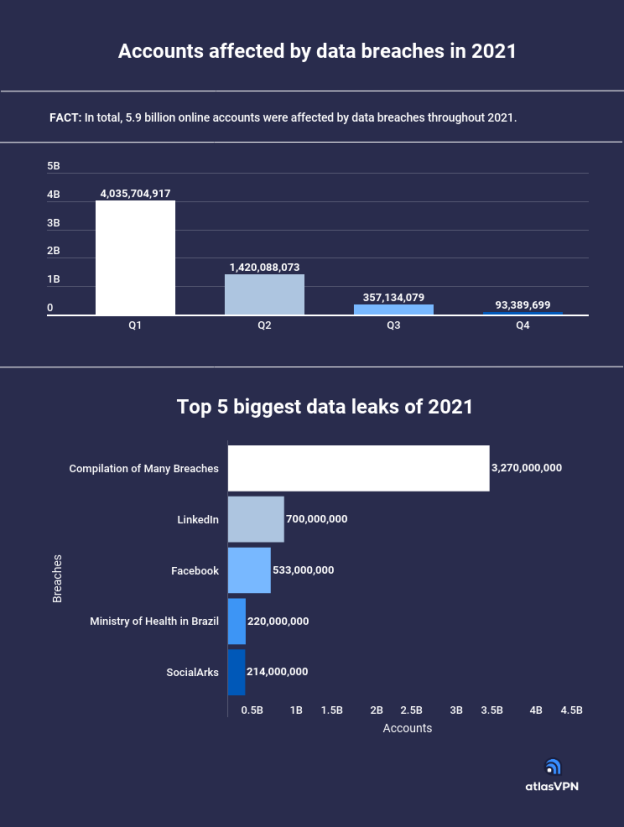