GlobalData’s latest report, ‘Thematic Research: Mobile Gaming’, reveals that the APAC region contributed nearly 60% of mobile gaming revenue in 2020. Revenues of $58bn were generated in the region during 2020, with this figure expected to grow to $159bn by 2030. Five countries generated nearly 75% of global mobile gaming revenue in 2020. China was the outright leader, followed by the US (20%), Japan (11%), South Korea (5%), and the UK (4%).

“Boasting a huge proportion of both mobile and 5G subscribers, it is certain that the APAC region will continue to lead the mobile gaming market in the 5G era. This is especially considering the presence of established market players such as Tencent being joined by popular non-gaming companies such as Byetedance, which is anticipated to continue making gaming acquisitions in the coming years.” 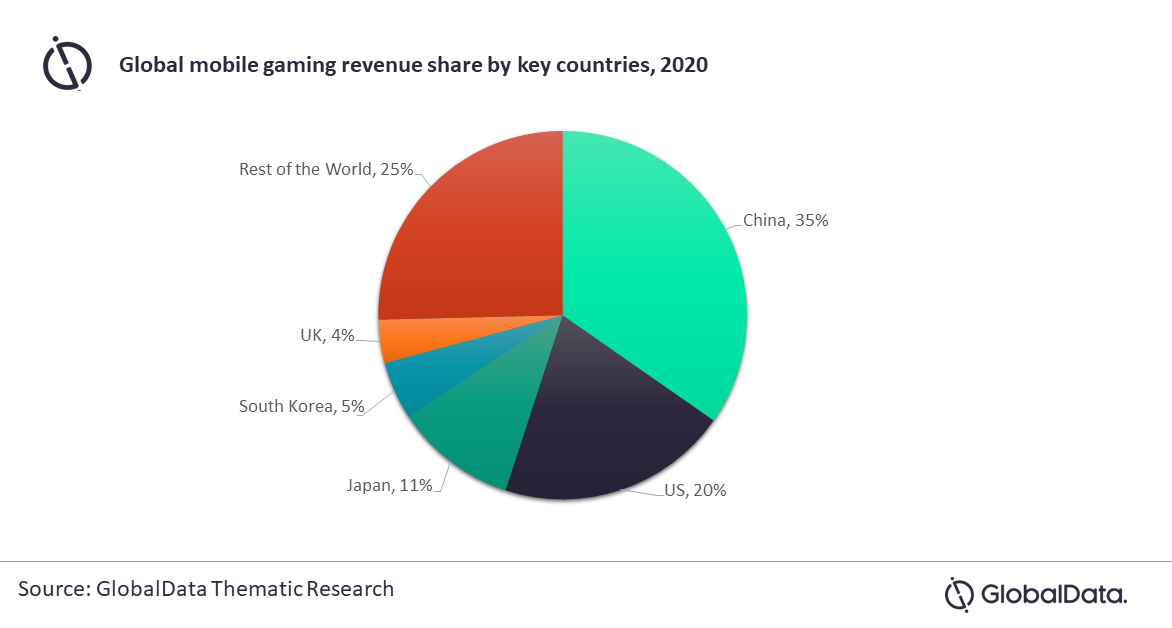 “Mobile gaming is a heavily contested market, with game companies of all sizes scrambling for a piece. Tencent is the outright leader, with a massive portfolio of mobile games and significant customer bases in China, countries in Southeast Asia, and the Middle East. Zynga, NetEase, Nexon, Krafton and Sea are also significant players in this space. Their leadership is attributable to a focus on developing mobile games, the strength of the communities they have built around their games, and their foothold in the Asian markets, where mobile gaming is widespread.

“The growing popularity of mobile gaming is also attracting non-gaming companies into the market. ByteDance has expanded into the gaming sector by acquiring mobile game makers such as Ohayoo and Moonton. I’d be surprised if the company didn’t make more acquisitions during 2021, primarily to challenge Tencent and NetEase in the Chinese market.”