Most significant breaches of 2021

To better understand data breaches, let us talk about the ones that exposed the most sensitive information.

COMB is considered one of the biggest data breaches of all time exposing 3.27 billion personal records. It is made up of email and password combinations that have already been leaked before.

The second significant breach this year came from Facebook. A total of 533 million users were affected, which is about one-fifth of the entire social network’s user pool.

Another impactful breach happened to a popular Iranian business and social messenger — Raychat. The breach exposed its entire database of 267 million accounts with names, emails, passwords, metadata, and encrypted chats.

Also worth mentioning is more than 200 million record leaks of Chinese citizens. Researchers from Cyble, a cybercrime monitoring company, discovered this exposed data for sale on the dark web.

“Cybercriminals search for vulnerabilities or take advantage of misconfigurations to break into databases. We would like to believe that companies hire cybersecurity teams that do their best to prevent cyberattacks, but sometimes vulnerabilities are overlooked. It would be much more effective to test your cybersecurity before an attacker does it for you.”

To read the full article, head over to: https://atlasvpn.com/blog/over-5-billion-personal-records-were-leaked-in-q1-of-2021 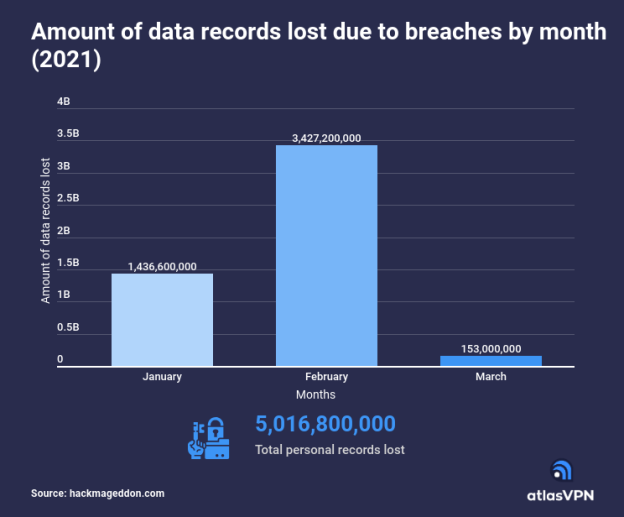 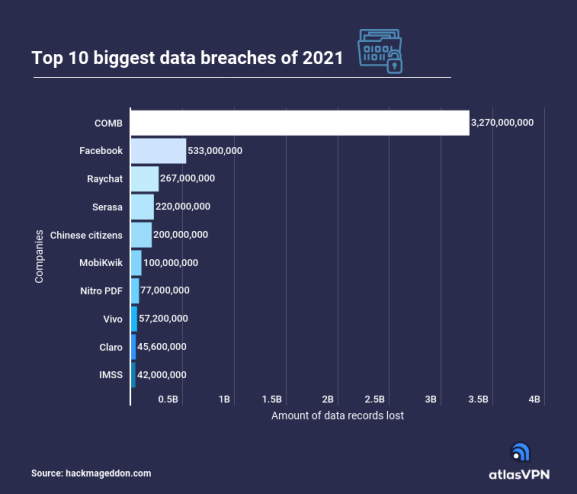