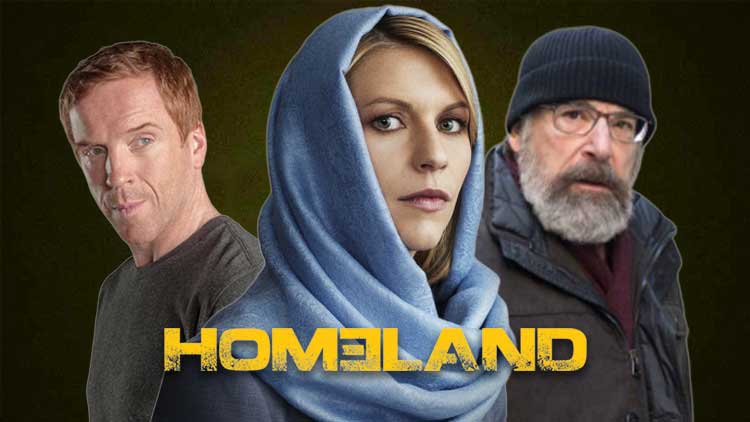 American counterterrorism thriller Homeland is the show most likely to be targeted by pirates, according to the latest survey from cybersecurity company McAfee.

As Brits spend more time at home and streaming entertainment amid orders to stay in, McAfee conducted research to identify which popular movies and TV shows available on-demand today pose the highest risk to consumers when being searched for online – especially when they’re on the hunt for “free” content to watch.

McAfee’s research reveals that of the top 10 TV shows most associated with suspicious web results, ironically, the top three TV shows most likely to lead viewers to unofficial or pirate websites are all about fighting crime.

Over the past few years, TV dramas, documentaries and podcasts about real-life crime stories have seen a surge in popularity – and fictional crime TV shows are no exception.

Homeland was identified by McAfee as the TV show most likely to lead consumers astray with Brooklyn based crime series, Brooklyn Nine-Nine, coming in at number two after the release of its eighth series earlier this year. This was closely followed by Criminal, which entered the list at number three.

Turning to TV for a little excitement is hardly surprising as the UK remains stuck at home, and the country’s obsession for enjoyment is reflected in the fact that seven of the ten most targeted TV series are dramas, including Elite (#5) and Good Girls (#8).

“With consumers looking to stay entertained while they’re encouraged to stay at home during lockdown, online activity is on the rise and so is cybercrime. It’s no secret that online criminals attempt to use the allure of popular TV shows and movies to trick unsuspecting consumers into visiting malicious websites that can be used to install malware or steal personal or financial information and passwords. It’s important that consumers stay alert while online and avoid malicious websites that have the potential to cause harm.”

McAfee’s analysis of more than 100 of the UK’s most talked about entertainment titles has identified a “Top 10 Web Risk List” for television and film. Ranked in order of web search risk (from highest to lowest) as identified by McAfee’s Web Advisor platform, Homeland and Swingers took the top spot in their respective categories.