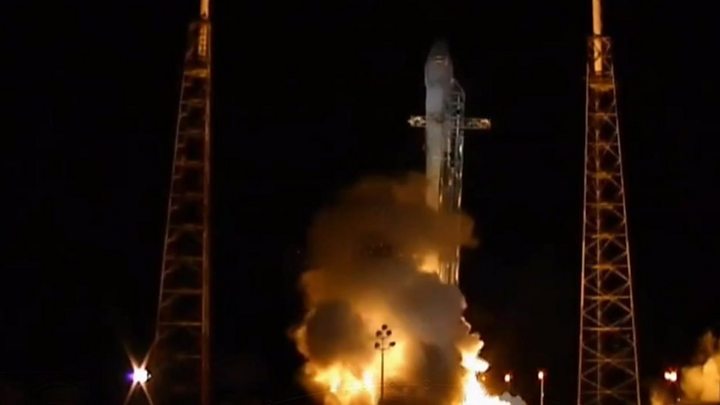 And while SpaceX regularly puts satellites into orbit, this is the first time it will have taken people above the atmosphere. Doug Hurley and Bob Behnken were chosen for this mission in part because of their experience. Both have flown to space twice before. Hurley was actually the pilot on that very last shuttle outing.

It’s unclear at the moment how long they’ll spend on the orbiting outpost before coming home, but it’s likely to be just short of four months.

SpaceX claims that sending astronauts to the International Space Station will mean a “turning point for America’s future in space exploration” that could propel missions to “the moon, Mars and beyond”.

“The real significance of this is it shows America is back in the business of human spaceflight,” says Chris Newman, professor of space law and policy at Northumbria University.

For Musk, success will offer relief from the tensions his businesses have faced during the pandemic, but more importantly it will offer a vote of confidence in the private sector and its promises to transform space travel.

Although the run-up to the launch has had to contend with the coronavirus crisis, this hasn’t made a massive difference to the astronauts’ preparations. They would ordinarily go into quarantine prior to a mission anyway, to ensure they carry no illnesses up to the space station.

However, NASA has made a special effort to limit the number of people allowed to come into contact with them. And everyone, including Hurley and Behnken, have been subjected to regular Covid-19 testing.

“It’s been relatively normal,” Hurley said. “After all these years, we’re kinda just used to all the poking and prodding and blood draws that come with all the other things that go with flying into space.”