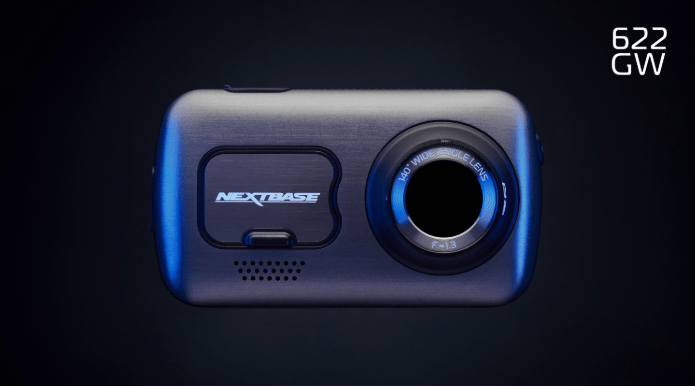 Nextbase has built on its Emergency SOS feature (available in models 322GW and up), with the integration of what3words into the 622GW model. This geocode system pinpoints your location and can provide emergency services with a precise location even when offline.

The 622GW captures 4K quality footage at 30fps and can play back in Super Slow motion up to 120fps to capture the finer details like license plate numbers that matter most to drivers at high speed. It can even record in full HD quality of 1080p at 30fps via a Rear Camera Module, while still recording the road ahead at 4K. This, claims the manufacturer, is thanks to the latest Ambarella H22 Quad core chipset, which covers the driver’s car from multiple angles at the highest level of filming quality possible.

Another first in image quality advancements from Nextbase is the Enhanced Night Vision, offering improvements in both the sensor of the 622GW as well as software developments to ensure it records all critical details, even on the darkest of roads. With larger pixels to receive more light, plus the camera’s ability to automatically detect light levels and enhance an image as it is being recorded, Nextbase says it has responded to the growing dangers of night-time driving.

The 622GW also introduces ultra-fast 5GHz Wi-Fi, offering Dual 2.4GHz + 5GHz Wi-Fi for the fastest possible transfer speeds. This allows drivers to download footage from the 622GW onto their phones more than six times quicker than before to prove non-fault after an accident, whilst delivering the best possible image quality at all times.

As with all Nextbase Series 2 Dash Cams the 622GW includes Intelligent parking mode to protect your car while parked. Using its finely tuned G-Force detection system developed in the UK, the 622GW will automatically start recording if someone bumps your vehicle to make sure their details are captured, without the need for power from your car.

“The 622GW is a truly groundbreaking product with major innovations for the Dash Cam sector. As the first ever Dash Cam brand to offer 4K HD recording alongside, Emergency SOS, Amazon Alexa, Image Stabilization and Intelligent Parking Mode in the 622GW, we’ve raised the bar for advancements in Dash Cam technology.”

Full features to note in the first-class 622GW 4K Dash Cam from Nextbase include: