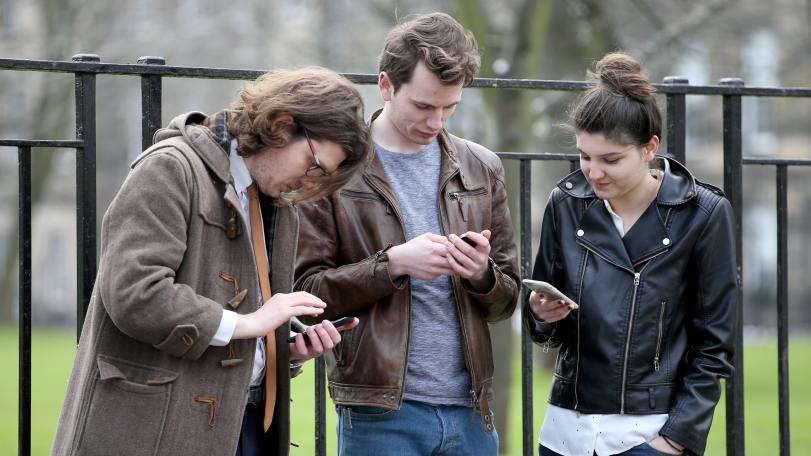 A quarter of mobile phone users make less than five standard calls a month, while 6% make none at all, latest Ofcom figures show.

Of those who did make calls, 60% ended their conversation in less than 90 seconds, according to the regulator’s Mobile Matters report.

During the same period, the average amount of mobile data people use each month soared from 0.2 GB (gigabits) to 1.9 GB, an 850% increase.

However previous studies by Ofcom have also found that younger people find making calls daunting and prefer to use messaging services such as WhatsApp.

The study found people in Liverpool spend more time talking on their mobile than those in other major cities at almost seven minutes per average call – more than 40% longer than Londoners.

The study, which helps Ofcom to understand mobile users’ needs, shows that they spend most of their time online connected to Wi-Fi (69%), rather than using 3G or 4G.

This helped to explain why 60% of mobile users use less than 1GB of mobile data a month, and only 10% use 5GB or more.

When people are using their mobile data, they are mainly connected to 4G (82% of time), and when they are in an area where a 4G network is available they are able to get online when they attempt to 98.8% of the time.

Mobile data use peaks between 5pm and 6pm, when rush-hour commuters tend to catch up with news and social media, the study found.