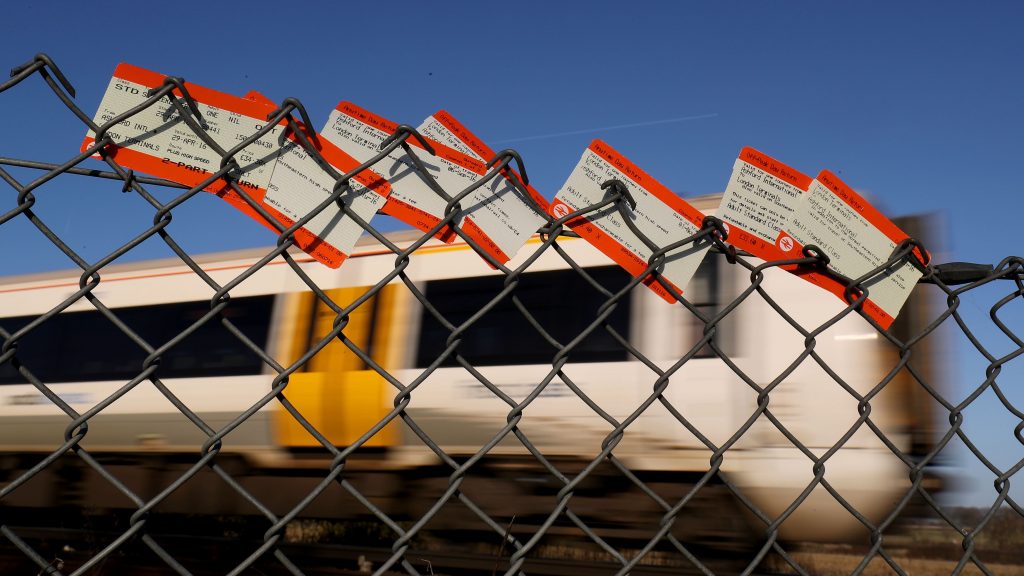 Only half of train journeys are made using traditional paper tickets as smart ticketing continues to grow, new figures show.

Industry body the Rail Delivery Group (RDG) said passengers bought orange tickets for just 50% of journeys in the four weeks from August 18, compared with 63% during the same period last year.

The move towards smart ticketing follows improvements in technology, the installation and upgrade of ticket barriers at stations and promotion of the system to passengers.

Smart tickets can be kept securely on smartcards or as barcode tickets on mobile phones. Passengers can pay for their travel online, without the need to queue at ticket offices or ticket machines.

The RDG said smart tickets can be used on nine in 10 routes on Britain’s rail network.

It claimed Government reforms of outdated fares regulation could pave the way for pay-as-you-go price caps and part-time season tickets to be introduced across the country, as well as a greater range of tickets for long distance journeys.

RDG director of nations and regions Robert Nisbet said: “Making the most of the possibilities offered by smart tickets requires root and branch reform of fares regulations and we want to work with Government to make it happen.”

Rail Minister Chris Heaton-Harris said: “Working with the rail industry, we have rolled out smart options across the country so that passengers can now get a smartcard or a barcode e-ticket for almost all journeys.

“The forthcoming Williams Review White Paper will also provide recommendations to modernise our fares system, bringing the railway in line with what passengers expect in the 21st century.”

Anthony Smith, chief executive of the independent watchdog Transport Focus, said: “We know that passengers like the convenience of mobile tickets and smartcards but train operators must help make the switch from traditional paper tickets easy and simple to understand.

“As the number of people working part-time rises, Britain’s fares and ticketing system must adapt to suit the way we travel now – smart tickets can help meet the needs of today’s passengers.