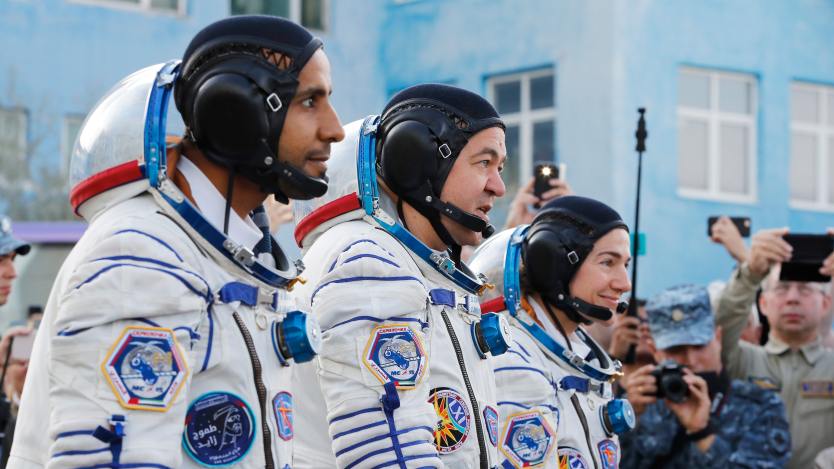 A multinational crew made up of an American, a Russian and the first space traveller from the United Arab Emirates blasted off successfully on Wednesday for a mission on the International Space Station.

A Russian Soyuz rocket lifted off as scheduled from the Baikonur Cosmodrome in Kazakhstan and entered a designated orbit en route to the station.

The mission is the third spaceflight for Skripochka and the first for both Meir and Almansoori, who is on an eight-day mission under a contract between the UAE and Roscosmos.

Hague and Ovchinin are scheduled to wrap up a mission of more than 200 days on October 3 and return to Earth with Almansoori.

Meir and Skripochka plan to stay for more than six months.