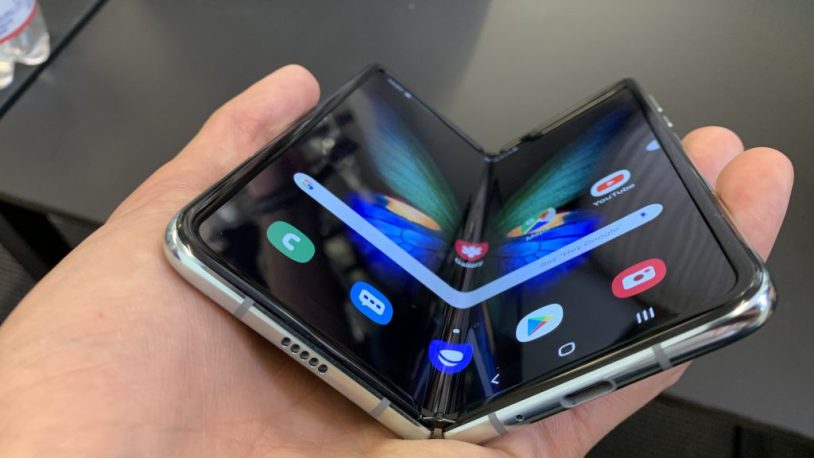 Lessons have been learnt following the delay of the Samsung Galaxy Fold because of screen issues, a senior UK executive for the manufacturer has said.

Conor Pierce, corporate vice president of Samsung UK and Ireland said he hoped the technology giant could now focus on developing future versions of the device.

Samsung first revealed the Fold in March and it had been set to launch in the UK in May, but after early testers in the US reported issues with the screen, the devices were recalled and its release was postponed.

Several design changes have been made to the device to better protect its screen and hinge mechanism, with Samsung declaring it now ready for sale.

“It’s been an incredible journey for Samsung – with many lessons learned – but if you’re working at a company like Samsung, which is always on the edge of innovation and trailblazing into new territory these things can happen,” Mr Pierce told the PA news agency.

“I think what’s most important is how we react to it and having learned from the past – when something isn’t perfect then we need to press the pause button and investigate.

“So I think in the last few months, the amount of effort that Samsung engineers and R&D have put in has been phenomenal. Because we want this to be the best premium experience.”

In 2016, Samsung was forced to recall the Galaxy Note 7 smartphone after a battery defect was found to cause fires in some cases.

The Korean firm introduced a stringent new battery testing procedure as a result of the incident.

Speaking at the IFA technology show in Germany, Mr Pierce told PA he believed foldable devices were the future form-factor smartphones would take.

“I’d like to think so. I think that (innovation) is what we do. Obviously it’s a premium device and it’s our responsibility to make sure that we learn from this experience,” he said.

“As time goes on I believe that this will be the new form factor of the future – it should be.”

He also suggested that Samsung had an advantage over the rival foldable device from Chinese firm Huawei – the Mate X – because of the way the Galaxy Fold opened and closed.

Huawei’s device features a screen around the outside which opens inwards to become a large flat screen, whereas the Samsung Galaxy Fold has a small screen on the front of the device, with the phone itself then opening outwards to reveal a larger second screen housed inside the device.

“People have been talking about foldable screens for a long time and I remember previous CES and MWC (technology trade) events where the prototypes have come out and some of them are counter-intuitive where they open outwards, whereas we are trying to follow the consumer and people are used to opening a book up, so this is why we decided to focus on this form factor, which is great because it’s very intuitive,” Mr Pierce said.

“Also the fact that we’re working very well with Google to enhance the OS means that we’ve covered all the bases to make sure when people use this device they are really wowed by the experience,” he said.

“And it is a first of course – we’re the first to launch commercially so we’re really proud and privileged by it. It’s an exciting time.”