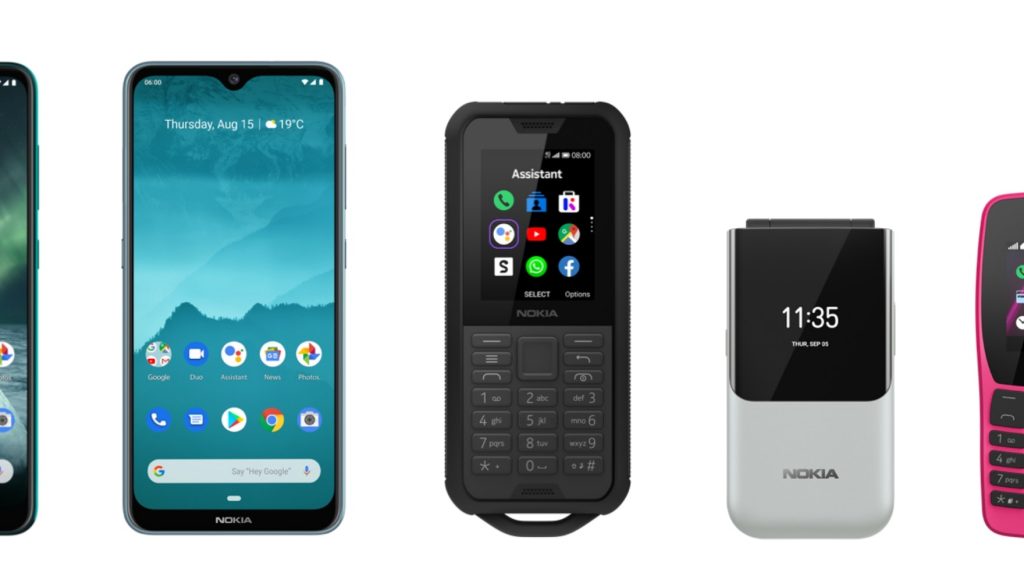 Nokia has announced a string of new mobile phones, including a rugged, big battery device and a revamped version of the classic 2720 flip phone.

The devices have been unveiled alongside two new more traditional mid-range smartphones, the Nokia 7.2 and the 6.2. HMD Global, the start-up which licenses the Nokia phones brand, made the announcements at an event in Berlin ahead of the IFA tech show.

The company’s latest revival of a classic Nokia mobile is the 2720 flip phone, which has been re-imagined for the modern era and now includes Google Assistant support as well as apps such as Facebook and WhatsApp.

It is joined by another unique device, the Nokia 800 Tough, which has been designed to endure extreme temperatures, heavy drops and is water and dust resistant.

It has been made to military standards, Nokia says, with a long-lasting battery and durable outer body to withstand the elements.

The Tough will go on sale in early October for 109 Euros.

Another feature phone, aimed at first-time phone owners, was also announced. The Nokia 110 has a basic camera and built-in MP3 player, with the device designed to offer the essentials to any phone user.

The company said it will cost just $20 when it launches later this month.

“As leaders of the feature phone segment, we continue to bring innovations in design, form-factor and functionality to ensure we meet the diverse needs of our fans,” HMD Global chief product officer Juho Sarvikas said.

“Today we are proud to introduce the most rugged Nokia phone yet with the Nokia 800 Tough.

“It’s the ideal phone for the outdoors adventurer or those in demanding worksites.

“The Nokia 2720 Flip expands our Originals family, and perfectly balances the digital detox and accessibility needs of our fans.