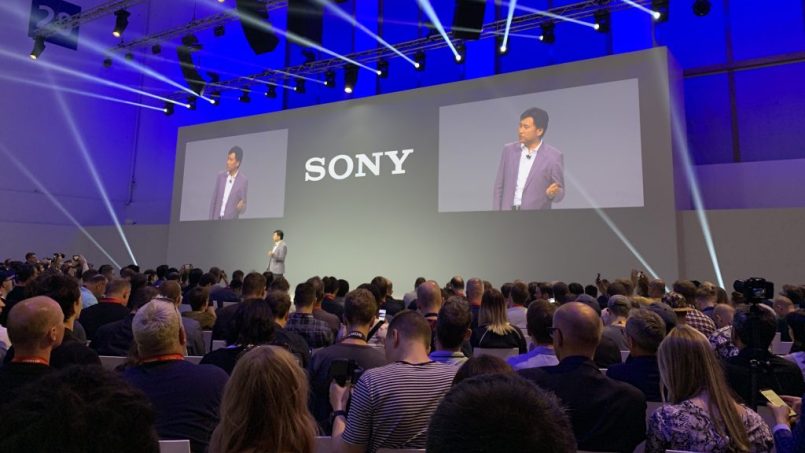 That screen is also set in a 21:9 aspect ratio, making it similar in shape to a cinema screen, which Sony says will allow users to watch TV and films the way creators intended.

The new phone was revealed ahead of the opening of technology trade show IFA, which begins in Berlin on Friday.

Sony is one of the biggest names appearing at the convention, which also features the likes of Samsung, LG and Huawei.

“With Xperia 5 we’ve brought what our customers loved from Xperia 1 into a smaller design with the latest award-winning technology from Sony.

“Xperia 5 continues to bring un-compromised performance and leading experiences to a smartphone, only possible with Sony.”

The Japanese firm has struggled to keep up with the likes of Apple, Samsung and Huawei in smartphone sales growth in recent years, and has also found itself overtaken by emerging Chinese brands such as Xiaomi and Oppo.

Earlier this year, Sony said it was making a change to its approach to mobile devices and would start to focus on better entertainment experiences on mobile phones – something it is able to support through its strong camera, gaming and video and movie businesses.

Elsewhere at its event, Sony also announced a line-up of new mid-range cameras, as well as a new version of its popular 1000x range of noise-cancelling earphones.

The WI-1000XM2 features a neckband and what Sony claims is the latest in noise-cancelling technology to allow users to better cut out ambient sound.