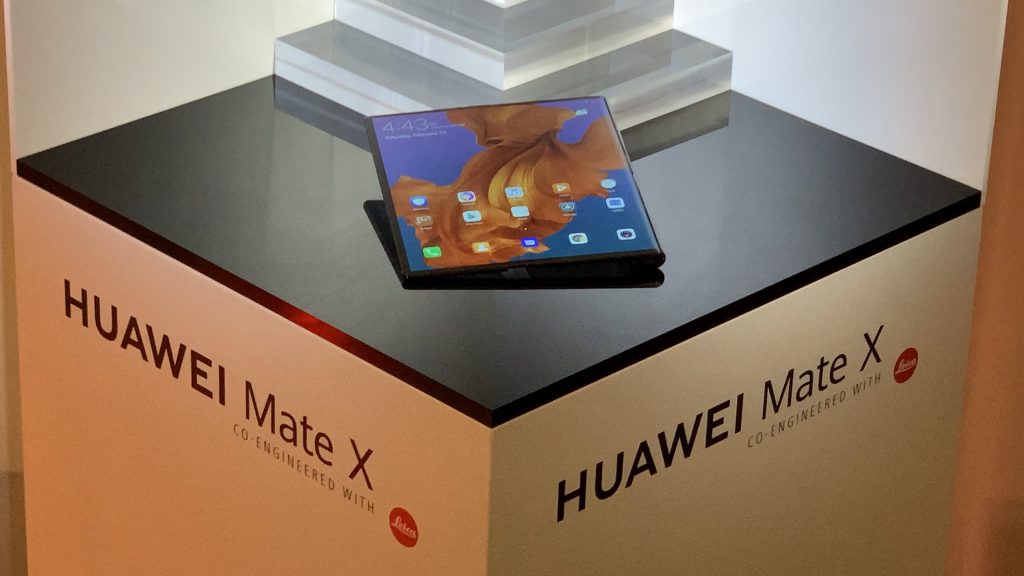 Huawei’s foldable Mate X smartphone could go on sale as early as next month, chief executive Richard Yu has said.

Speaking at the IFA technology show in Berlin on Friday, Mr Yu said the delayed phone could be released globally “maybe next month”.

“The manufacturing of this display is not only very expensive but also has some challenges with volume and mass production,” he said.

Huawei first announced the Mate X in March, with plans to release it in the summer, only to then confirm a delay in order to further test it.

The device had still been expected to launch before the end of the year, but Huawei had not confirmed a date.

Mr Yu said the ongoing rollout of 5G and working with app developers to ensure their apps fit the new screen size of the Mate X had contributed to the delay.

He also suggested that Huawei could sell new versions of the folding phone – a 4G version and then a 5G version at a later date containing the firm’s new Kirin 990 5G chips.

On Thursday, Samsung confirmed its rival foldable device, the Galaxy Fold, would go on sale in part of Europe – including the UK – on September 18.

That device too had been delayed after issues were found with the phone’s screen.

Speaking at IFA, Mr Yu also accused the United States of playing a “political game” with the company over the ongoing trade restrictions on Huawei.

The company has been caught in the middle of a trade war between the US and China, which has seen the Chinese firm’s ability to trade with American companies cut.

Last week, Google said that, under the current restrictions, Huawei would be unable to use Android and Google apps and services such as Gmail, Google Maps and YouTube in future devices.

As one possible solution to the issue, Mr Yu said Huawei was “considering” using the Android Open Source Project (AOSP) – a basic, open-source version of Android available to anyone which could then be filled with Huawei-made apps.

He said the company was looking into a way of allowing users to then download any apps they wanted themselves.

The company is also developing its own operating system, HarmonyOS, as another possible alternative to using Android.

Huawei is set to reveal its next flagship phones – the Mate 30 Series – in Munich later in September.

One thought on “Foldable Huawei Mate X ‘may launch next month’”