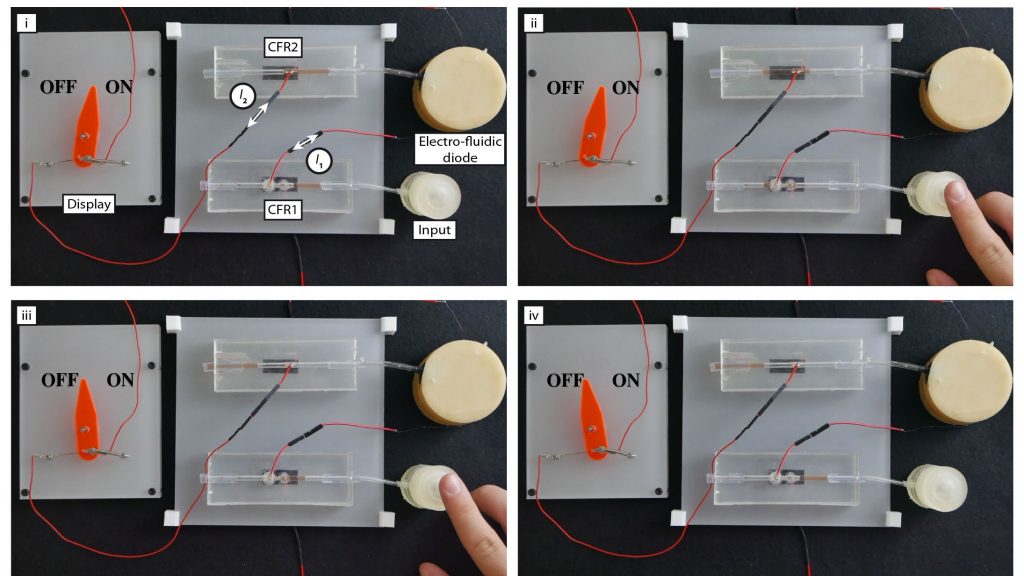 Life-like robots that can make decisions, adapt to their environment and learn, are one step closer to becoming reality.

Researchers at the University of Bristol have demonstrated a new way of embedding computation into soft robotic materials.

Professor of Robotics Jonathan Rossiter said: “We have taken an important step toward entirely soft, autonomous robots and for smart materials to move beyond stimulus-response relationships which could enable the intelligent behaviours seen in living organisms.

“Soft robots could become even more life-like; capable of independently adapting to their environment and can demonstrate the diversity of behaviours seen in the natural world.”

The concept of Soft Matter Computers (SMCs) takes inspiration from biology, and is set out in the Science Robotics journal.

It aims to mimic the workings of the vascular system, where hormones such as adrenaline are released into the bloodstream and disperse throughout the body.

Responses in particular parts of the body are triggered when the hormones are detected by a receptor.

The researchers from Bristol’s Faculty of Engineering demonstrated a new mechanism that enabled computation to be embedded into three soft robots.

In the study, they describe how a conductive fluid receptor (CFR) is a viable and fundamental building block for a range of SMCs and next-generation robots.

According to the scientists, the soft matter computers could mirror this process by translating information within the structure of a fluidic tape that travels through the soft body of the robot, and then is detected by an appropriate receptor and then generates an output.