Chris Price travels down to Southampton on Clean Air Day to check out Nissan’s latest electric vehicle, the £35,000 LEAF e+

It’s perhaps a sign of the growing maturity of the electric vehicle (EV) market that at first glance there’s little to distinguish between the latest Nissan LEAF e+, pictured above, and a conventional fuel based car.

Whereas other manufacturers, such as BMW, have designed their electric models to look a little different to the norm, the one thing that you can definitely say about the LEAF is that it looks extremely normal – almost too normal.

However, it’s a strategy that seems to have worked. Unbelievably it’s nearly 10 years since Nissan launched its first LEAF and it’s fair to say that the Japanese company has stolen a march on its main competitors in that time.

Over 400,000 LEAFs have now been sold worldwide which have collectively driven 10 billion zero-emission kilometres, claims the company. In the UK, around 30,000 Nissan LEAFs have been sold to date making it the number one pure electric car by some way. 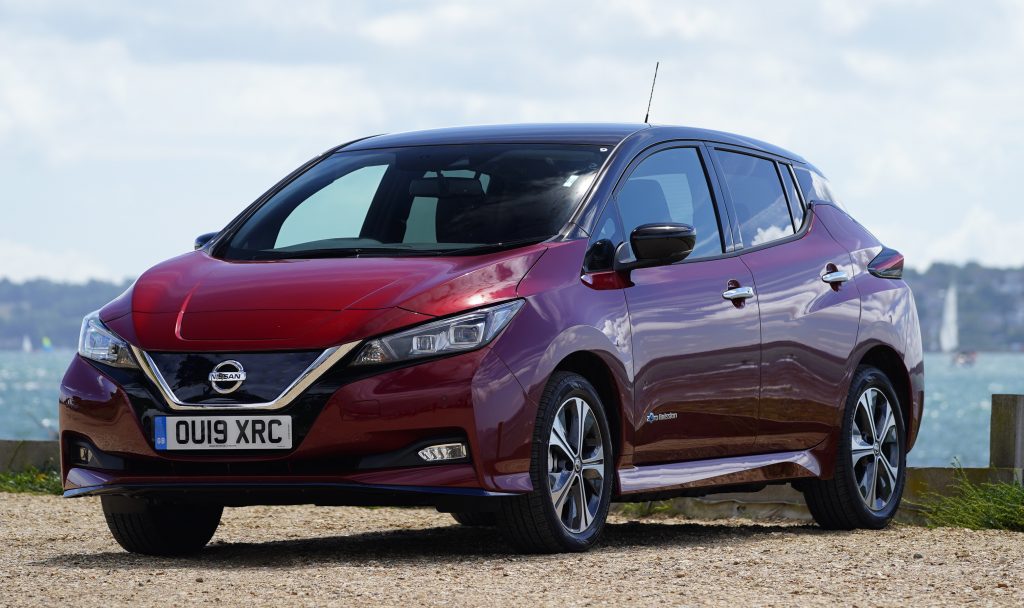 A long way to go

However, despite an encouraging start, electric vehicle take-up still has a long way to go – partly because they are still very expensive, but also because of concerns about how far you can travel in one without needing to power up.

Indeed ‘range anxiety’ has been one of the main factors holding people back from buying an electric car, alongside the concern about the lack of charging facilities.

According to a recent survey by energy firm EDF  only 40 per cent of Brits have so far considered making the switch to an electric vehicle despite the fact that nearly 7 out of 10 of us (69%) are concerned about vehicle emissions. See our story here for full information.

Boasting a 62kWh electric motor, the Nissan LEAF e+ promises a much improved range of up to 239 miles on a single charge compared to the standard 40KWh and 168 mile range of the more basic model. This should certainly allay some peoples’ fears about range although whether it’s enough to make electric cars a mainstream proposition remains to be seen.

We drove the new LEAF e+ from Southampton harbour down to the New Forest and on to an ice cream stop off at Lepe beach close to the Isle of Wight. Here we sampled a lovely Mackie’s ice cream from Nissan’s zero-emissions ice cream van before returning back to Southampton.

So what did we think of the Nissan LEAF e+? Basically it was a solid if somewhat unspectacular drive. On the plus side, it’s actually very spacious inside, much more so than previous models which seemed more like the Micra in terms of size.

It’s also extremely easy to drive, thanks in part to the inclusion of Nissan’s e-Pedal which means you can do a lot of the driving on just one pedal rather than having to shift to the brake the whole time. 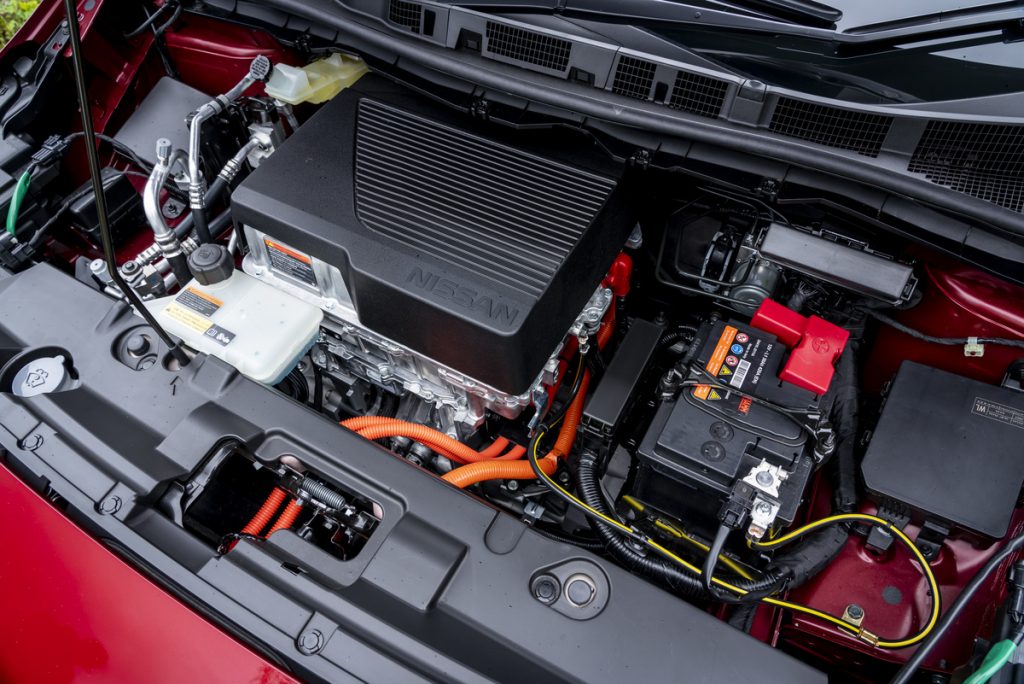 Nissan says around 90 per cent of driving can be done using the e-Pedal although in our experience it was probably nearer 70 per cent. Basically as soon as you come off the accelerator, the LEAF e+ slows down extremely quickly, much more so than a fuel-based car.

Certainly the e-Pedal works very well when you are slowing down coming up to traffic lights although if you are approaching a junction at any speed you will probably still need to touch the brake if you want to be sure of stopping in time.

Other useful driver assist features include ProPilot which keeps you in the right lane, intelligent emergency braking with pedestrian recognition, parking sensors and a rear view camera – although these features are becoming increasingly standard in most vehicles at this price point.

On the downside, I simply can’t get that excited about the look and feel of the Nissan Leaf. I know the Japanese firm wants the Leaf to look like an ordinary fuel-based car, but it just seems very dull.

Check out our interview with Nissan LEAF Product Manager James Bird below:

The interior also feels a little cheap and plasticy. And while the entertainment system includes an 8inch touch screen which is compatible with Android Auto and Apple Car Play, I thought it might also include a QI wireless charging pad for charging devices (it’s only a small point but somehow I expect electric cars to feature all the latest tech gadgetry inside).

In terms of improved range, the new LEAF e+ is definitely a step in the right direction. It’s increased size, comfort and ease of driving will appeal to many groups of people, especially to families with their own driveways for charging.

However, if you want an electric car that makes a design statement or really stands out from the crowd then it’s probably best to look elsewhere! 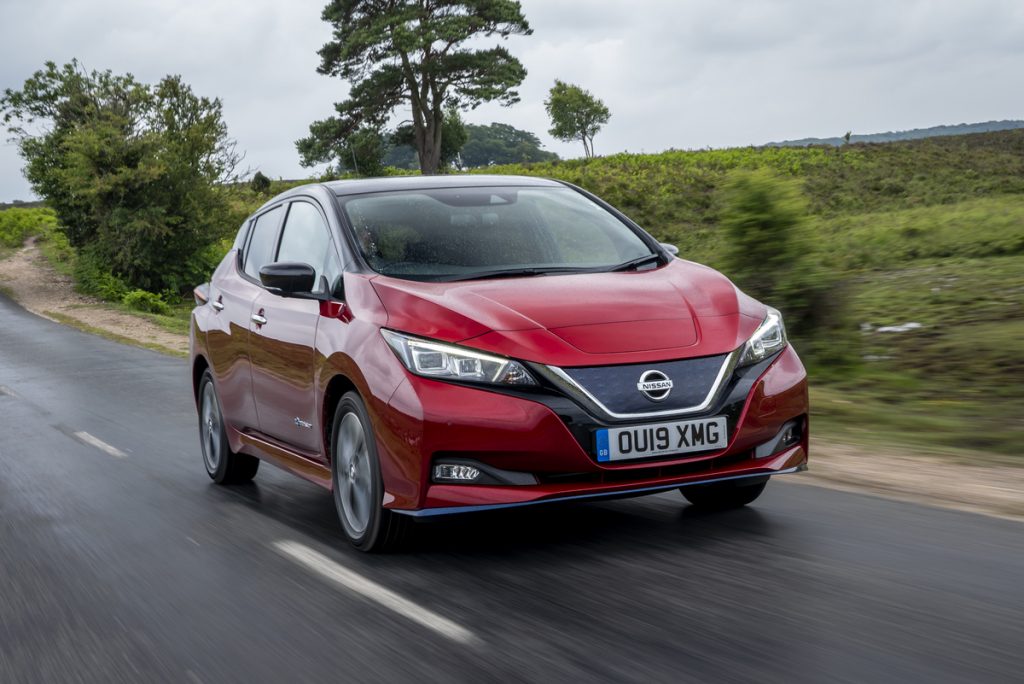