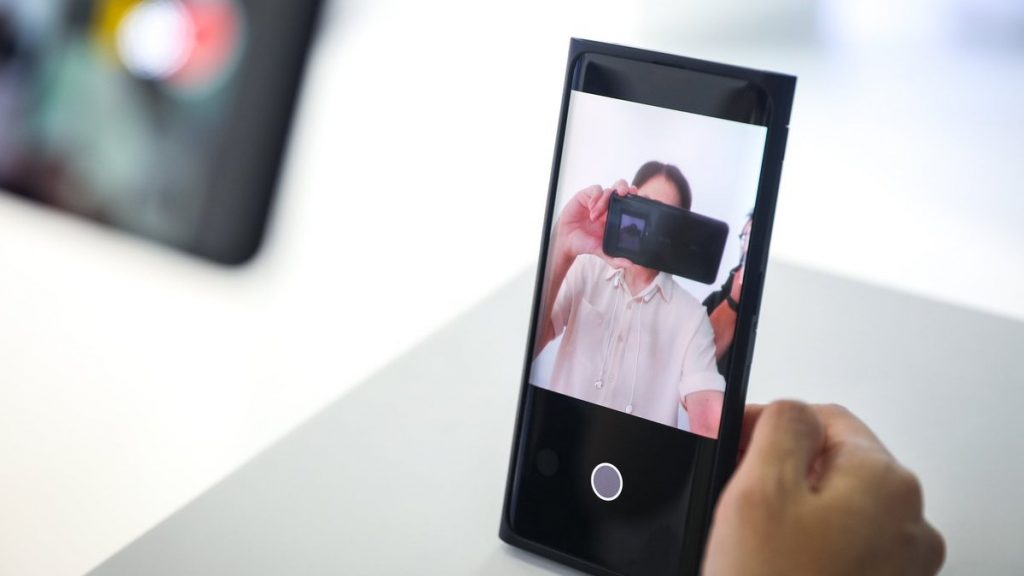 The firm first unveiled details of an under-display front-facing camera earlier this month, which puts the lens under the smartphone’s screen.

At the Mobile World Congress in Shanghai, Oppo unveiled the solution in the flesh for the first time to attendants, explaining that it uses an enhanced translucent panel material combined with advanced processing algorithms to take photos on the unnamed device.

“The algorithms behind our USC technology showcased at #MWC19 include haze removal, HDR and white balance resulting in a bezel-less phone, yet with a selfie camera that rivals current smartphones in the market today,” the company tweeted.

Tech giants across the board have been looking into fresh ways of increasing display space without necessarily expanding the physical size of handsets, mostly reducing bezel border areas around phones and moving around the selfie camera.

Apple set the notch trend with the iPhone X in 2017, but other device makers have since tinkered with pinhole ideas, where the camera appears as a tiny hole in the middle of the display, while others such as OnePlus have tried a pop-up mechanism which sees the camera push its way out from the top of smartphones when summoned.

Other attempts to increase smartphone display space include the foldable smartphone, of which Samsung and Huawei have both unveiled devices, though both have been delayed.

Samsung held back its Galaxy Fold after some early reviewers reported issues with the phone’s screen, while Huawei has pushed the launch of its first foldable smartphone to carry out additional tests.

Oppo is not alone in going for an under-display set-up – fellow Chinese smartphone builder Xiaomi showed off its own take on the concept earlier this month, too.

Neither company have indicated when they would make the technology available to market, though reports claims Oppo will make it available in the near future.