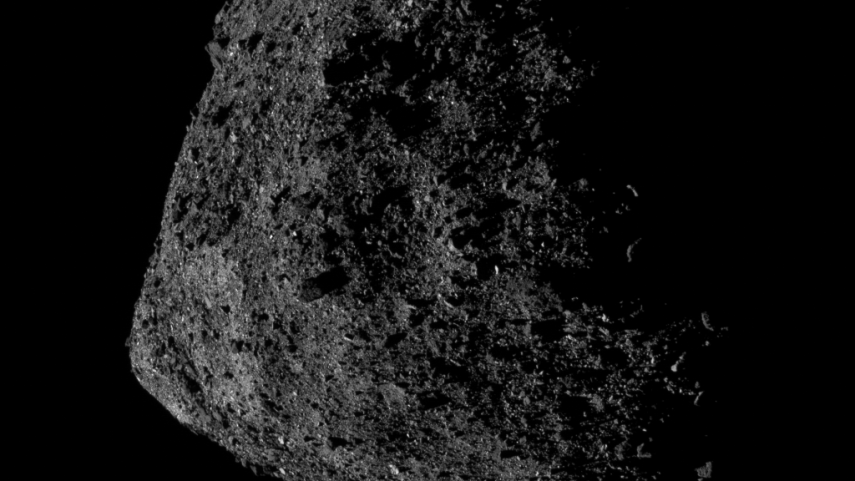 US space agency NASA has captured its closest and most-detailed image yet of Bennu, a 78 billion kilogram asteroid which makes a close approach to Earth every six years.

It is the second time the spacecraft has put itself into orbit around the asteroid, snapping a shot at a distance of 0.4 miles from the asteroid’s surface.

Researchers behind the OSIRIS-REx spacecraft observing Bennu said the view is the closest orbit a spacecraft has ever made around a small planetary body in our solar system, breaking its own record set late in December in which it came as close as 1.3 kilometres (0.8 miles).

The latest image was captured by the agency’s OSIRIS-REx spacecraft on June 13, showing half of the rock brightened by sunlight while the other half sits in the shadows.

OSIRIS-REx – which stands for Origins, Spectral Interpretation, Resource Identification, and Security – Regolith Explorer – arrived at Bennu on December 3, after launching from Earth in September 2016.

Asteroids, which orbit the sun but are much smaller than planets, are among the oldest objects in the solar system and could provide answers about how Earth evolved.

Scientists believe that Bennu was originally part of a much larger asteroid which it broke away from around 700 million to two billion years ago.