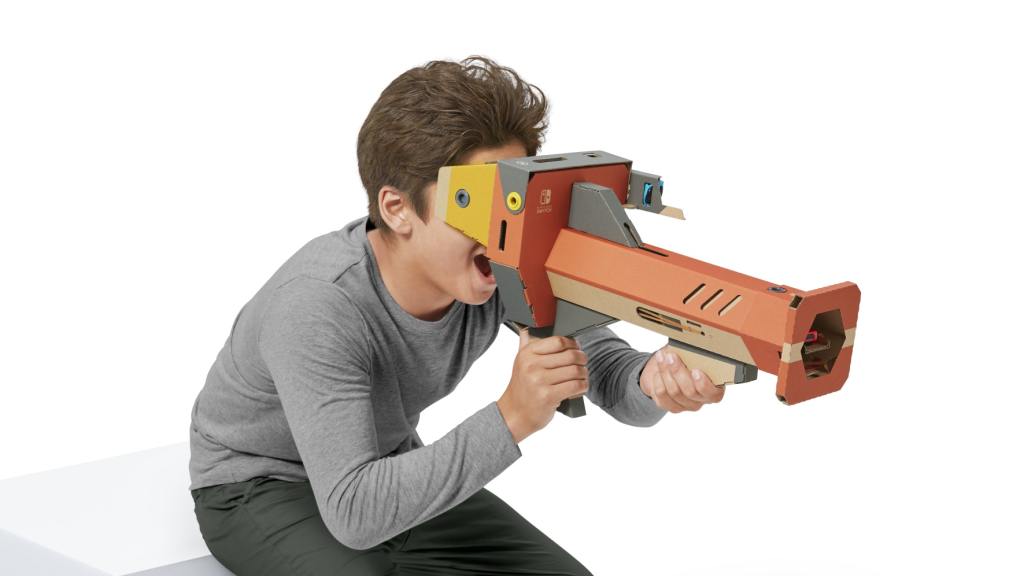 Nintendo is bringing virtual reality to its Switch handheld gaming console which children can build themselves using cardboard.

The launch is the latest from the company’s Labo line of do-it-yourself accessories, designed to encourage young people to get creative and use the objects they construct to enter a new dimension of gaming on the successful platform.

Nintendo is offering a number of kits and extension packs with a range of creations to be made, including a blaster, a camera, a bird, a wind pedal, and an elephant, as well as VR goggles.

The kits, which are due to launch on April 12, all include a screen holder and safety cap.

Players can use the blaster to fend off an alien invasion, while the camera will transport gamers into the ocean where they can take photos of sea life.

“This new kit builds on the core tenets of Nintendo Labo – Make, Play and Discover – to introduce virtual reality in a way that’s fun and approachable for both kids and kids at heart.”
Doug Bowser, upcoming president at Nintendo of America.

“We wanted to design an experience that encourages both virtual and real-world interactions among players through passing around Toy-Con creations,” said Nintendo’s Bowser.

Exact pricing of the VR Labo kits in the UK has yet to be confirmed, but prices in the US start at 39.99 dollars (£30.37) for the starter product.

The Switch has been a high-profile success for Nintendo, with the Japanese firm putting its return to profitability partly down to the popularity of the console, whose flagship games includes The Legend Of Zelda: Breath Of The Wild and Super Mario Odyssey.

It recently announced that it would introduce classic gaming favourite Tetris to the console, with a new battle royale version that pits players against 98 others in a race to be the last one standing.

Tetris 99 allows gamers of the Nintendo Switch who subscribe to its online service to compete in real-time against others, in a survival-style format made popular by the likes of Fortnite.