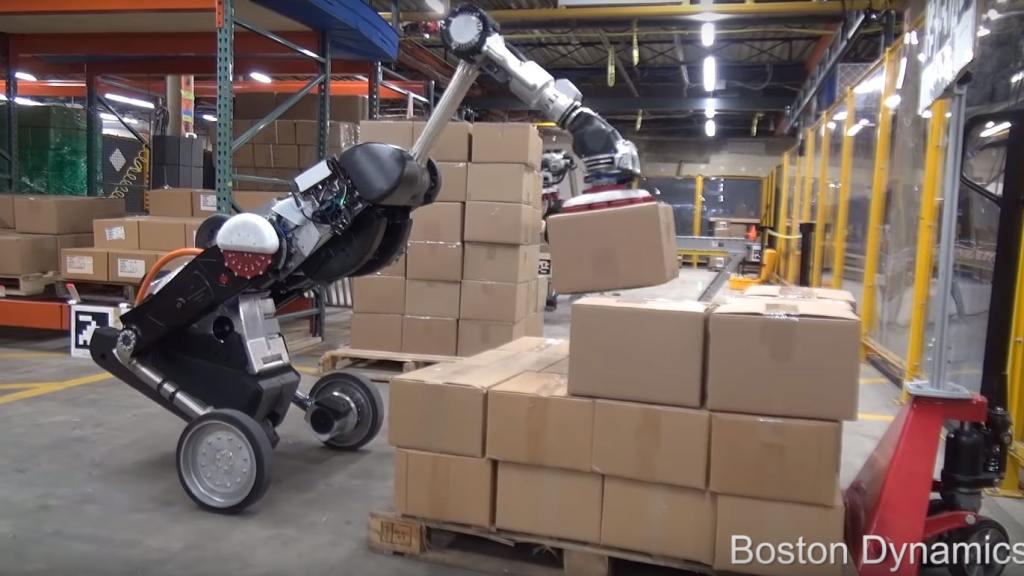 Robot-maker Boston Dynamics has shown off its latest futuristic machinery, which can effortlessly lift and transport packages with more agility than standard handling devices.

The American firm has previously revealed the Handle robot jumping around. However, a new video has emerged showing the technology being used in a more practical working environment, carrying boxes weighing about 11lb (5kg) – though it is capable of taking three times that.

Handle is seen working autonomously, quickly and carefully stacking boxes in a neat row on to pallets, providing a glimpse of how warehouse technology could be revolutionised in the future.

It uses a vision system to track marked pallets for navigation and individual boxes that can then be grasped and placed elsewhere.

Boston Dynamics is known for showing the world a new level of robotics, with human-like robots capable of doing parkour and a four-legged robot that looks like a dog among its creations.