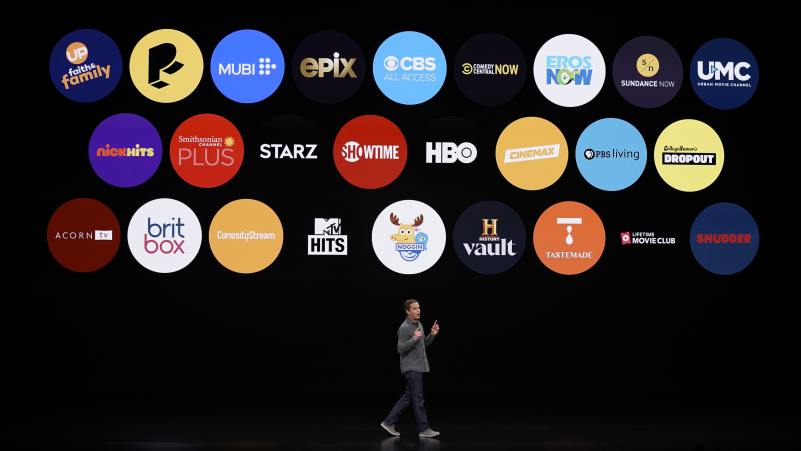 Apple may not be able to offer the same range of content as Netflix when it launches its Apple TV+ streaming service, according to one industry expert.

The technology giant showcased a wide range of Hollywood stars including Steven Spielberg, Jennifer Aniston and Reese Witherspoon as it announced its plans to make original, quality TV shows, films and documentaries.

However, Martin Garner, senior vice president at industry analyst firm CCS Insight, said this approach may not appeal to everyone.

“Apple’s TV+ original content programme launches in fall 2019, focusing on quality story-telling. This gives it a clear position in the market, which will produce some hit shows,” he said.

“But it will lack the full range and diversity of content available through Netflix, Amazon and others, and that is set to limit its appeal.

With no pricing details given, and no details of its financial commitment to original content, Apple has yet to convince the world that its service can line up alongside Netflix and attract significant numbers of paying consumers.

Everything you need to know about new streaming service, Apple TV+

Mr Garner argued that the surprise announcement of an Apple credit card was the most interesting announcement made.

“Apple’s most innovative launch today was Apple Card, offering a range of disruptive credit card features available through the Wallet app, 2% back in cash on most purchases, and a titanium physical card which looks set to become a highly aspirational item,” he said.

“Apple credit card will strongly resonate with users. It will be highly sought after, especially the lure of free cash every day. This move will shake up the credit card industry leading to causalities.”

At its live event in California, Apple also unveiled a new subscription service for mobile gaming, called Apple Arcade, which is also due to launch later this year.