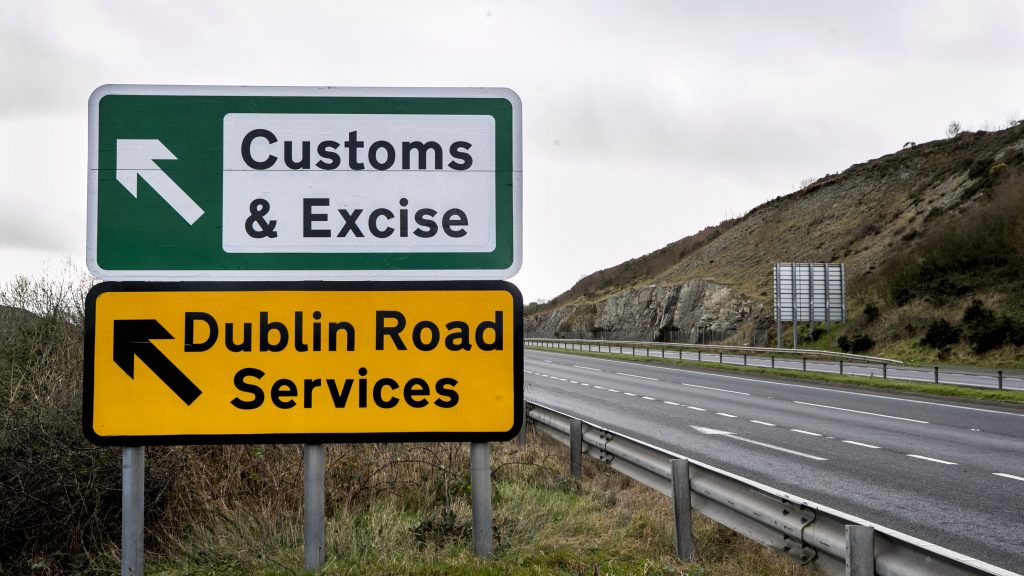 The Irish border remains a contentious issue for the Government as it tries to find a suitable remedy to the Brexit backstop – but blockchain technology has long been touted as a possible solution.

Brexit Secretary Stephen Barclay reiterated on Wednesday that it was “exploring” the use of technology to avoid a hard border between Northern Ireland and Ireland. Last year, Chancellor Philip Hammond indicated blockchain technology could be used.

Initially created as the infrastructure for decentralised cryptocurrencies, Blockchain is effectively a digital list of records or transactions that are linked together in a public database.

Advocates of blockchain have long argued it could work by monitoring goods moving across the border in a non-disruptive way that would not breach the Good Friday Agreement.

Blockchain would do this by digitally recording goods transparently and would be updated by those using it.

Andrew Bird, chief executive of digital transformation firm GS Marketplace, said: “In our opinion, the Northern Ireland border issue is a non-issue if you use technology, the whole thing just ceases to be a problem.

“But someone needs to define what you want the border to look like – is it checking everything? I doubt it – that’s against the Good Friday Agreement.

“If it’s maintaining the current level of rigour, which I would assume is going to be acceptable, then absolutely Blockchain could do this relatively quickly.”

Mr Bird said scanning devices could be used, saving drivers from needing to get out of their truck. “No need for queues, no need for the six-hour queues Philip Hammond was talking about,” he added.

Critics of blockchain have described it as a “wild card” because they believe no-one really understands it.

“If there are wonderful technologies that make borders near frictionless, why aren’t they being used elsewhere – or where are they being used?” said Professor Vili Lehdonvirta, associate professor at the University of Oxford’s Internet Institute.

“So if we’re talking about a world first, especially at some kind of an accelerated break-neck speed, the chances of failure seem very high considering the track record of the UK government in large IT projects.”

“You have IBM and others who are obviously extremely excited about the prospect of selling a multi-billion-pound technological solution that is meant to be the magic bullet that makes the impossible mathematics of Brexit work and they are using the blockchain to refer to that technology, precisely because nobody exactly knows what blockchain means, so it could mean anything.”