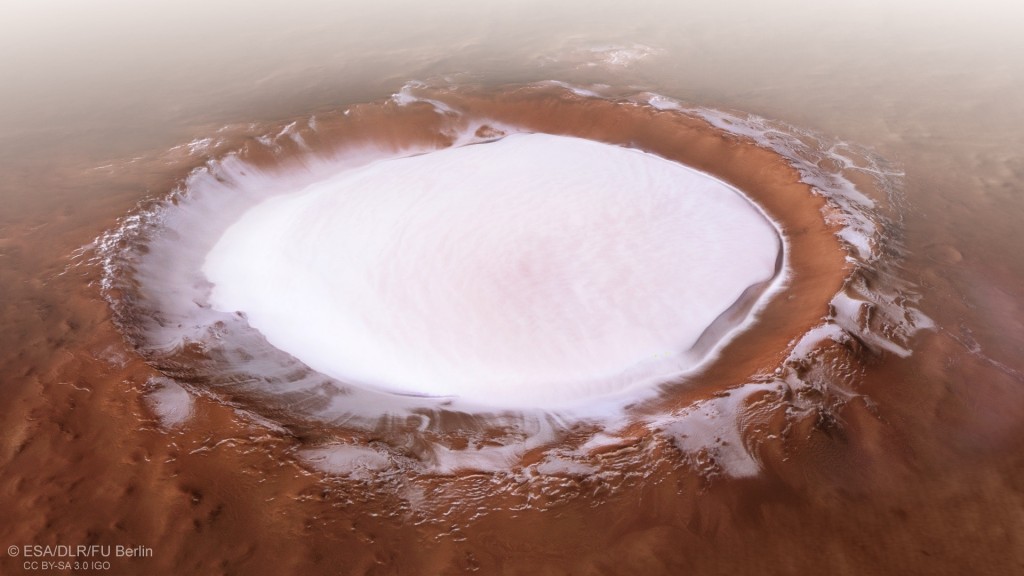 An 82 kilometre-wide crater on Mars that is topped with snow has been photographed by the ESA’s (European Space Agency) Mars Express.

The stunning untrodden snow scene comes as the mission prepares to celebrate 15-years since it entered the Red Planet’s orbit on Christmas Day.

Korolev, as the crater is known, is thought to be 1.8 kilometres deep, filled with around 2,200 cubic kilometres of ice.

The Mars Express was launched on June 2, 2003, before reaching the planet six months later on December 25.

“This image shows what appears to be a large patch of fresh, untrodden snow – a dream for any lover of the holiday season,” the ESA said.

“However, it’s a little too distant for a last-minute winter getaway.”

The Mars Express was recently joined by American space agency NASA’s new InSight probe, which aims to shine new light on how the Red Planet was formed and its deep structure, by mapping its core, crust and mantle.