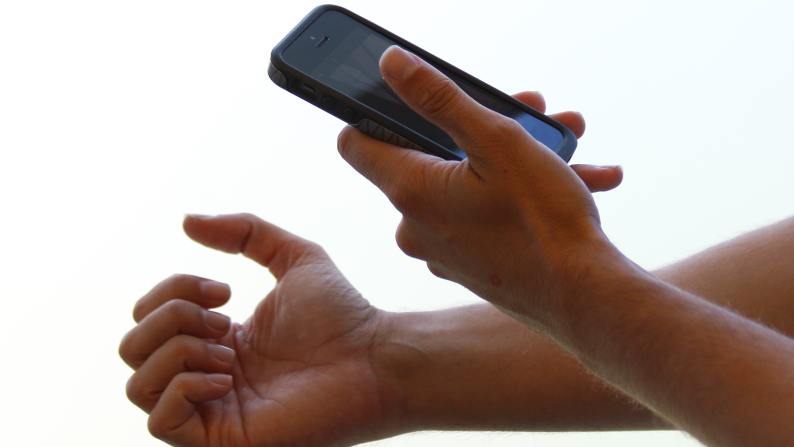 An app has been developed that enables smartphone users to check for anaemia simply by snapping a picture of their fingernails.

The software records levels of haemoglobin, the oxygen-carrying protein in red blood cells, by measuring the paleness of the fingernail bed.

A commercial version of the anaemia app is expected to be available for public download as early as next spring.

Dr Wilbur Lam, whose team of biomedical engineers created the app at Emory University in Atlanta, US, said: “All other ‘point-of-care’ anaemia detection tools require external equipment, and represent trade-offs between invasiveness, cost, and accuracy.

“This is a standalone app whose accuracy is on par with currently available point-of-care tests without the need to draw blood.”

The new app was developed by matching fingernail photos and blood count haemoglobin levels in 337 people.

Some of the volunteers were healthy while others suffered from a range of conditions leading to anaemia.

Careful calibration of the app in four patients over a month-long period resulted in a level of accuracy on a par with a normal blood test.

Since fingernail beds do not contain the skin pigment melanin, the app can be used by people with both light and dark skins.

The app is designed to take account of light reflections and harmless white patches or “milk spots” on nails known as leukonychia.

The simplicity of the system means it could be especially useful in developing countries, said the researchers, writing in the journal Nature Communications.

Project leader Dr Rob Mannino was inspired by his own experience living with beta-thalassemia, a serious inherited blood disorder.

He used himself as an initial test subject, taking pictures of his fingernails before and after undergoing blood transfusions to monitor his haemoglobin levels.

Dr Mannino, who conducted the research for his PhD,  said: “My doctors would test my haemoglobin levels more if they could, but it’s a hassle for me to get to the hospital in between transfusions to receive this blood test.

“Instead, my doctors currently have to just estimate when I’m going to need a transfusion, based on my haemoglobin level trends.”

Currently the app cannot be used as a diagnostic tool because of the strict accuracy required, but this may change in the future, said the scientists.

A patent application has been filed for the aneemia app. Both Dr  Lam and Dr Mannino have a financial interest in the project.