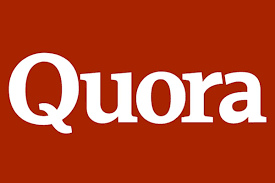 About 100 million users of question-and-answer website Quora may have had their personal information compromised following a data breach, the company said.

The affected data includes account details such as names, email addresses and encrypted passwords, as well as any data imported from linked networks when authorised by the user.

Quora said it discovered on Friday that a “malicious third party” had gained access to one of its systems, and said it had launched an investigation.

“We recently discovered that some user data was compromised as a result of unauthorised access to one of our systems by a malicious third party,” chief executive Adam D’Angelo said in a blog post.

“We are working rapidly to investigate the situation further and take the appropriate steps to prevent such incidents in the future.”

The company said it was working to notify affected users, and that it was logging out all those who may have been affected “out of an abundance of caution”.

The breach did not affect questions and answers written anonymously, it added.

Quora was founded in 2009 by two former Facebook employees and allows users to ask, answer and edit questions.