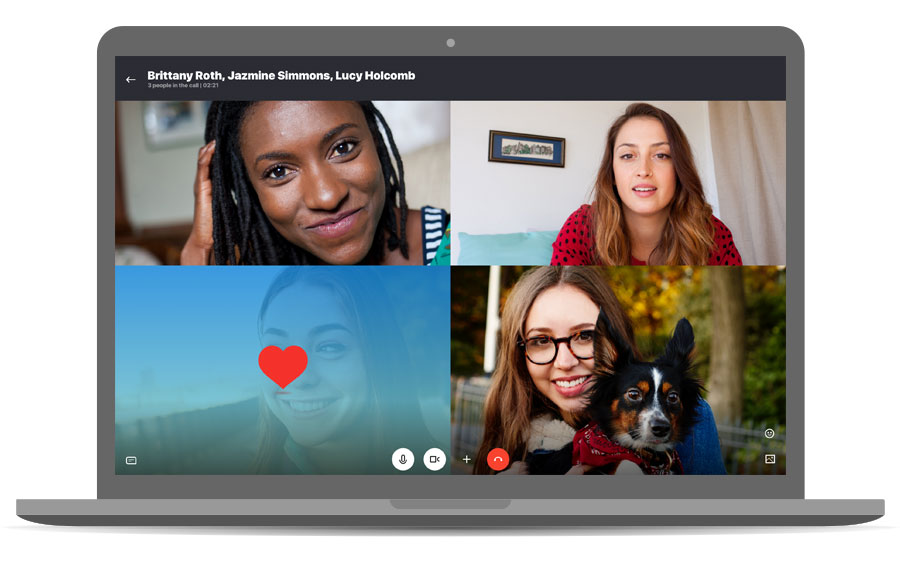 OVER 20 million Britons will use video-chat services like Skype to speak to friends and relatives this Christmas, with the vast majority saying these are people they would otherwise have no face-to-face contact with at all.

An new poll for the Internet Association reveals that 40 per cent of British adults say they will use services like Skype, WhatsApp or Google Duo during the festive period.

UK citizens’ heavy reliance on internet services – during the holiday season, as well as the rest of the year – underscores their importance to society, and the care policymakers should take when crafting new rules that could impact website and apps.

Almost a third – 31 per cent – of those planning to use the services said they will be talking to people living overseas, with another 41 per cent saying they will be video-calling friends or relatives who live more than 30 miles away.

Daniel Dyball, UK Executive Director of Internet Association, said: “Video chat is just one way in which the internet enriches lives. Being able to easily make video calls at virtually no cost brings friends and families together at this time of year and helps us all feel more connected.

“We believe in the benefits that technology brings to everyday life and the economy, and for the potential that internet innovation has to transform society for the better. At a time when many people can feel alone, being able to chat easily to friends who one otherwise would not see will bring real joy to a lot of people’s lives.

“Just a few years ago, having technology like this on something that could be carried in a pocket would have seemed like science fiction. Innovations like this don’t happen by accident. New services like video chat can only thrive and grow in a policy environment that recognises their benefits to society, and balances them against potential harms.”