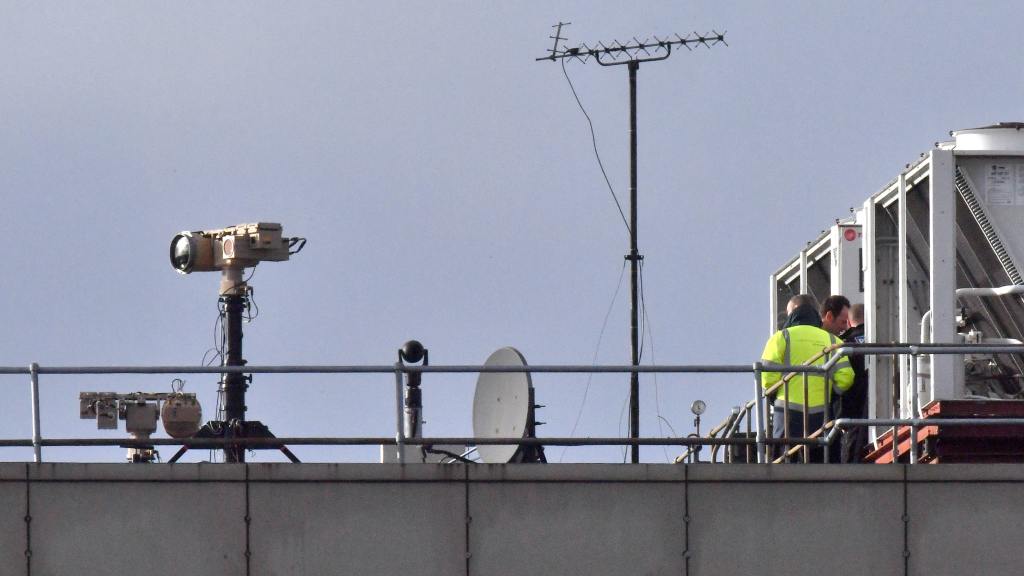 The military equipment being used to stop further drone disruption at Gatwick Airport is believed to be capable of jamming signals to the rogue devices as well as tracking them.

The Israeli-developed Drone Dome system is believed to be among the technologies deployed at the airport by the British Army, and can detect and jam communications between a drone and its operator. Anti-drone equipment has been deployed on a rooftop at Gatwick.

The system, which is said to have a range of several miles, uses four radars to give 360-degree detection in order to identify and track targets.It also includes the ability to jam communications between a drone and its operator in order to neutralise the craft in question.

Other versions of the system can also include a high-powered laser beam to shoot down drones, but this is not believed to be part of the British Army’s equipment.

He also warned of future copycat attacks in the wake of the Gatwick incident and encouraged increased dialogue between industry and government on issues around drone safety.