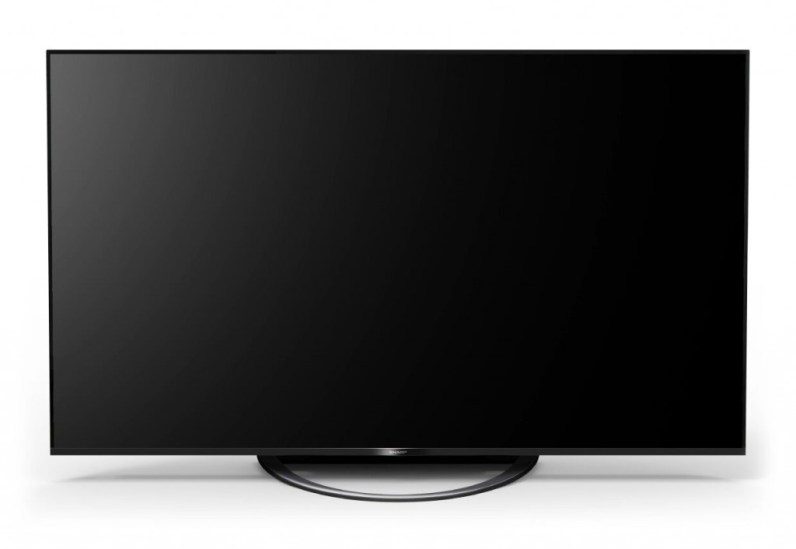 Sharp has developed the 8K range to satisfy the increasing demand for bigger screens, with sales figures of monitors bigger than 55inch rising over the last two years.

It claims the new 8K TVs achieve a resolution 16 times greater than the resolution of Full-HD TV with more than 33 megapixels.

The image processor handles large amounts of data in real-time, as a processing double speed of 100Hz guarantees smoothly moving pictures without a ‘ghosting’ effect.

The 80inch flagship model is equipped with Sharp’s newly developed UV 2 A II LCD panel which provides a highly efficient light transmission. Although availability and specifications of the European 8K TV and monitor line-up have not yet been decided yet, the 80’’ flagship model, 8T-C80AX1, will be available in Europe soon.

The Japanese manufacturer has also announced it is re-entering the European smartphone market with three new models: SHARP B10, SHARP AQUOS C10, and SHARP AQUOS D10.

Sharp claims the 2,900 mAh battery has a talk time of more than 20 hours and a stand-by time of about 525 hours while the internal memory of 64GB can be extended with a micro SD card and thus provides enough space for photos, music, and apps.

Additionally, customers have the option to insert a second SIM card into the SHARP AQUOS D10. This configuration allows the user to combine their business and personal contacts into one device, or to make cheap calls abroad using a local network local provider without changing SIM cards permanently.

SHARP AQUOS C10 – With the AQUOS C10, Sharp offers a feature-packed smartphone that comes in a stylish design. Sharp also utilises FreeFrom technology for an almost bezel-less 5.5’’ LCD display (13.97cm) with full HD+ resolution covering 87.5 per cent of the device’s front. A dual camera is used at the back consisting of a 12 MP sensor with an f/1.75 aperture and an 8 MP sensor with an f/2.0 aperture. The front camera is equipped with an 8 MP sensor with an f/2.0 aperture and apart from unlocking the SHARP AQUOS C10 by entering a code, you can easily unlock it via facial recognition. The internal memory of 64GB can be extended with a micro SD card. Optionally, you can insert a second SIM card instead. The 2,700 mAh battery has a talk time of approximately 19 hours.

SHARP B10 – The SHARP B10 comprises 5.7“ HD+ display (14.5cm) with a resolution of 1,440 x 720 pixels. The back of the B10 is equipped with a fingerprint sensor, but it is also possible to unlock it via facial recognition. A further highlight of the SHARP B10 is the dual front camera, consisting of a 13 megapixel camera with an f/2.0 aperture and a wide angle camera with an 8 MP sensor. The camera’s coverage angle of 120 degrees enables extensive landscape photographs and group pictures. The front camera captures pictures with a 13 MP sensor and an f/2.2 aperture. The dual SIM slot provides space for two SIM cards or one SIM card plus a memory extension. So the internal memory of 32GB can be extended to 128GB with an SD card. Sharp claims the 4,000 mAh battery lasts for 21.5 hours talk time or up to 675 hours stand-by time.

“We are proud to announce the re-entry onto the European smartphone market. In doing so we benefit from decades of research and development in the mobile phone business, that now brings about significant customer benefits in the areas of design, resolution, and image quality.”