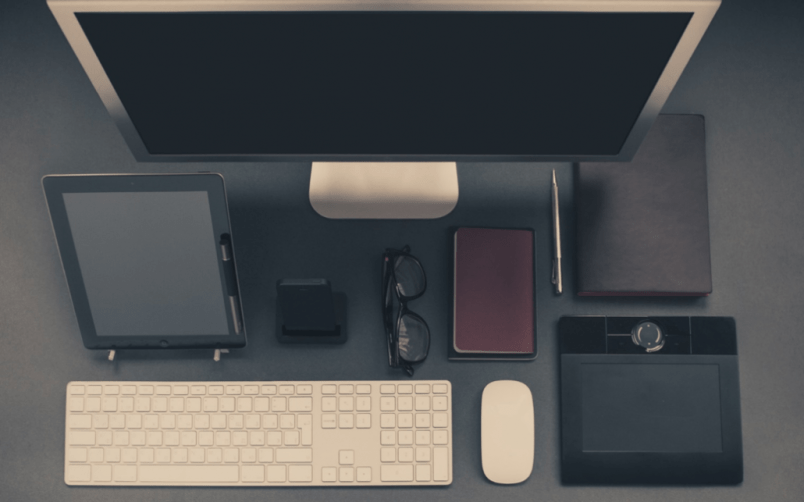 The Internet of Things (IoT) is a modern concept which, as many scientists believe, is going to transform the world. In simple terms, it is an idea that all devices can be connected via the web, ranging from your regular cellphone to more unpredictable things like eyeglasses or a teapot.

Companies all around the world have been integrating IoT into their business strategy. Even though in 2018 it may still seem like a distant future to an ordinary person, its implementation has already begun. In just a decade IoT may become just as ubiquitous as a toaster in your kitchen.

If you want to learn more, take a look at an expert opinion from Papercheap essay writing service. Take a brief peek at your future by getting acquainted with one of the most ground-breaking ideas of the 21st century.

The world is a fascinating and horrible place. While some countries are sending cars into space, others are having a hard time providing clean water to their citizens. Looking at these disparities, it is hard to be optimistic about the planet’s future.

How is it that amidst wars, revolutions and power struggles such an innovative idea emerged? It all has to do with the Moore’s law of exponential growth. While originally this idea applied to computer development, nowadays it can be utilized to explain other changes in today’s world.

So, if technologies related to IoT are being invented and implemented at an exponential pace, it is enough to look at how far we’ve got with computers to see the overall picture. For example nobody could have envisioned how common computers would become. Nowadays even the poorest countries in the world have access to this item, which was a luxury just some 50 years ago.

How Will It Change the Planet?

IoT will have a tremendous impact on the Earth, the most critical one being the spread of clean energy. In Germany more than 30% of households already utilize renewable sources on a regular basis. Solar panels, wind turbines, geothermal power plants (you name it) are going to take over traditional fossil fuels.

It is somewhat bewildering how it has not happened yet. Of course, those energy sources have been way too expensive for quite a long time, but if something is worth investing, wouldn’t saving the planet be a worthy choice? When less than 1% of energy produced annually by the Sun could satisfy the people’s need in energy, isn’t it a criminal oversight to ignore this opportunity?

With IoT renewable energy turns from a noble idea into a smart investment. More and more companies will be seeking to make their offices self-sustainable, as the cost of the clean production has plummeted dramatically in the recent years and is going to decrease with IoT facilitating all the processes.

How Will It Change People?

People will become even more interconnected than they were before. Private space has been dwindling for quite a long time already, especially in big cities. But with IoT in active use, there will be no escape.

On the one hand, it will be hell for introverted individuals, like the author of this article. On the other hand, it will not be something unheard of. In the past many people lived together in the same room, and it was not considered uncomfortable. Even nowadays this tendency can be observed in many developing countries.

Of course, I am sure neither Americans nor the British people will abandon the idea of “my home is my castle.” However, they will be much more open and sincere on the Internet, which will become even more of a community rather than a hodgepodge of information.

So, I believe people will get used to it eventually, with introverts hiding in their own cloistered spaces and never posting a thing. But more and more young people will be clinging to their devices, as they take on different shapes and forms, offering more and more exciting features.

How Will It Change the Internet?

The Internet is going to become more useful and dangerous at the same time. It’s a pretty perilous place to surf now, but with IoT becoming commonplace, there will be more possibilities for hackers to steal your identity and the corresponding data.

However, let’s not forget about the positive side. With IoT in place, you will be able to get your work clothes ironed without having to do it manually. Your toothbrush will alert you whenever you’ve got a cavity to fill, and your coffee will brew itself whenever you feel lethargic. Doesn’t it sound amazing?

When weighing the benefit and the danger, the former prevails. If you look at the today’s Internet, companies already utilize it for their vile purposes, like trying to sell you stuff after you barely Googled it.

Facebook has recently allowed foreign governments to influence the results of the presidential election.

What I am getting at is that the issue of privacy and data theft may be exacerbated by the active introduction of IoT, but it actually exists already and requires our immediate attention.

How Will It Change the Job Market?

As you may try to predict, many manufacturing jobs will be eliminated. With the increasing robotization and production’s mechanization there will be no demand for weak little humans with their weak little needs like medical insurance, vacation, sleep.

Companies will be forced to become even more transparent. Many young people nowadays are looking for meaningful occupations rather than money making. Empathy is becoming more and more widespread as liberal ideas are winning over new generations. With IoT all information will become even easier to obtain.

Finally, colleges will either need to change or they will die out. Most jobs nowadays do not require a college education as you can train for them within just a couple of months. With the onslaught of high-quality and often free online courses, young people gravitate towards self-education rather than spending their parents’ hard-earned money or, even worse, taking a loan to obtain a degree which might never be useful to them.

I believe this trend will continue to define the 21st century even after IoT becomes ubiquitous. Unless colleges adopt new practices, of course.

How Will It Change Shopping?

First and foremost, everything will get cheaper. Remember the times when computers cost £30,000?

3D printers will eliminate the need to go to a physical store or even wait for your item to be delivered per post. People will just be able to print out anything they buy immediately, which will make shopping even more comfortable and isolated.

Shopping may even become automatic. Let’s say you have a device which controls your pens’ supply. When you are about to run out of pens, that device may purchase them for you automatically. Thus, humans will have more free time to devote to things which matter rather than running errands.

The future is just around the corner. Things deemed unbelievable are about to happen. So, brace yourself for the brave new world of IoT and robotization, Big Data and 3D printers. Every generation has to face mind-boggling changes in their lifestyle, and ours will not be an exception.