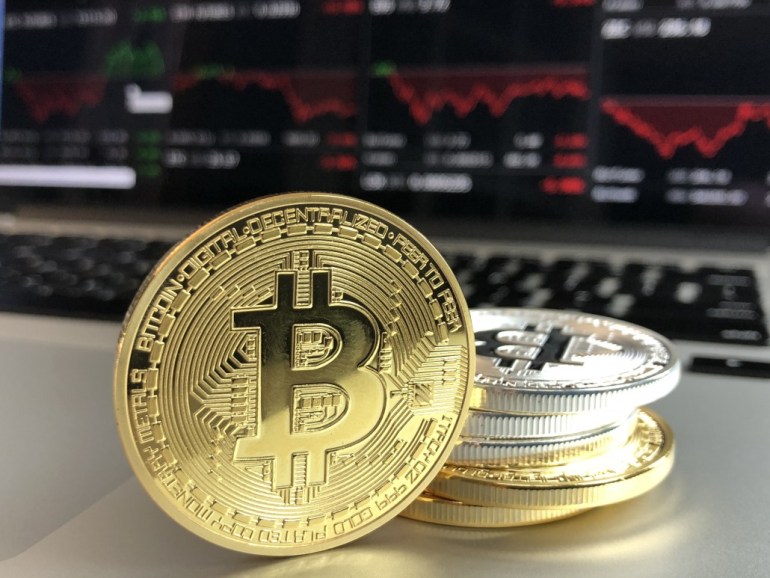 Online transactions are fraught with risk. Entering your credit card details into a page may be second nature, but false frontages, Trojan viruses and advanced spyware can soon leave your bank account suspended or even emptied with a few quick moves from cybercriminals using ever more readily available hacking and spying technology.

The good news is that this reliance on old-fashioned numbers in, money out online banking and payments could soon be a thing of the past. The trouble with paying for something online is that there are middle men. For example, if you buy a nice new pair of trainers from your favourite website using a credit card, there are lots of components in the chain that could create chaos.

Your credit card could be cloned or stolen for one, so your new trainers could end up in someone else’s hands. The company you’re buying from could be a scam or disreputable, disappearing into the ether as soon as the transaction is confirmed.

Even your online banking service isn’t safe, susceptible to fraud or a wealth of techniques to squeeze your security number, name or 16-digit number out of you via phishing or just plain old criminality.

Enter the world of blockchain technology. A blockchain is basically a posh word for a set of data that is stored in multiple locations at once. Instead of your helpful online bank which has your account details on a nice, secure yet totally hackable server somewhere, a blockchain uses a network of computers, servers and other internet-connected devices to store the data set.

Edit the data, and the entire network has to agree. Hack one location to try and steal money, and the blockchain denies and ignores it, meaning hackers would need to access possibly millions of devices at once to cheat the system.

This may sound complicated, and to be honest it is. Blockchain technology is cumbersome, young and limited. Bitcoin, probably the most famous proponent of blockchain technology, is currently undergoing a ‘hard fork’ thanks to a system which has become severely limited, despite vast amounts of interest from the mainstream.

The technology started out as a virtual experiment, with a currency that wasn’t regulated by a central bank or government. Fast forward seven years, and an individual Bitcoin is worth north of $8,000. And it’s virtually impossible for Bitcoins to be stolen.

Because of this high level of security and the ability to spread the storage of sensitive data over a wide network, blockchain technology is being deployed in other applications that seek to benefit from an additional layer of high-tech online safety.

Online casinos which carry out pretty much every single transaction via the internet, have been quick to jump on the blockchain bandwagon. With large amounts of money exchanged and accounts becoming easier to hack, it makes sense to employ blockchain as a solution against hackers.

Coolcat casino, which also has a brilliant guide on what blockchain technology is, is one of the first to get involved with the new technology, as well as offering bitcoin as one of the accepted currency for both depositing funds and withdrawing winnings. This all happens much faster thanks to the lack of middle-men which online banks have.

The future of blockchain technology looks promising, with many wider applications that could use multi-location storage, such as online retailers, ticket resellers and government organisations which deal with public data. A big driver will be how the upcoming Bitcoin split will affect the current relationship between blockchain technology and digital currencies.

As it stands, the Bitcoin blockchain is gigantic; so big that new transactions can be very slow thanks to the limits of writing new information to millions of devices. This could all change however, with the Bitcoin blockchain potentially ‘splitting’ to create a whole new currency, or at least a more scalable one. If multiple blockchains can be deployed that work in unison, then transactions can become faster.

Although blockchain is still an emerging technology, it looks like its use as an industry security standard is inevitable. Once the speed and capacity problems are ironed out, the fact that data becomes impossible to hack is just too much for security-conscious businesses to pass up on.