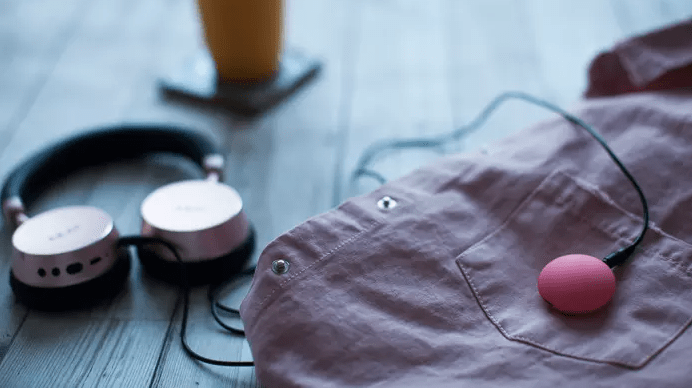 Turn any pair of wired headphones into a wireless pair with this new little gadget from Gooseberry.

Called Poppins, presumably because you pop your headphones in there rather than any endorsement from the 1960s Disney movie starring Julie Andrews, they enable you to keep your phone tucked away in a handbag, jacket or rucksack while listening to your music.

Available in a range of four different colours, Poppins can also be attached magnetically to your clothes.

What’s more, with a single click two people can connect their Poppins together and share music or watch a film wirelessly, making it handy for  travelling couples or parents taking long car journeys with their kids.

Other applications include seamlessly switching between your music and an incoming conference call and connecting Poppins into a stereo system to link multiple Poppins-enabled or Bluetooth headphones to share music with a group or a crowd.

Just launched on crowdfunding website Indiegogo, Poppins are currently available to order for $19 each with shipping due in February 2018.

Headquartered in Silicon Valley and with a team in UK and India, Gooseberry launched its Smart Buckle campaign earlier this year which shipped within two months of the campaign ending. To date around 8,000 Smart Buckle units have been sold.

–       Enable an old speaker, stereo or ‘Boombox’ to listen wirelessly

–       Integration with phone and VOIP including WeChat, Skype, Whatsapp