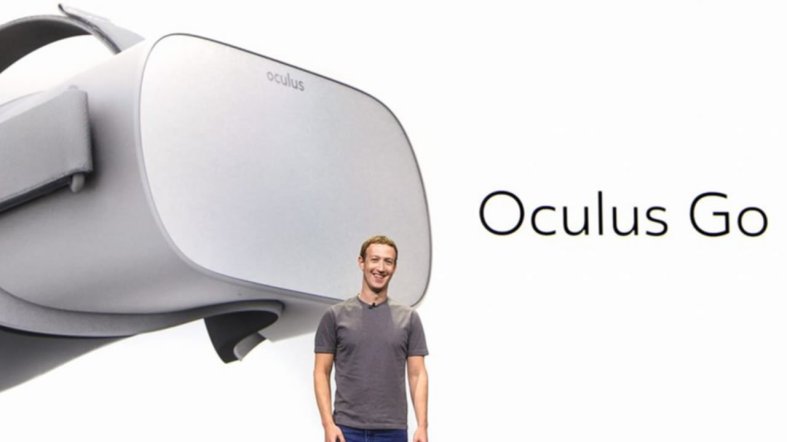 While there’s a lot of hype surrounding VR, the reality is that so far it remains a fairly niche interest with limited sales. However, all that could finally be set to change with the announcement of a new affordable, standalone VR product.

Unveiled at the Oculus Connect 4 developers conference in San Jose, USA recently by Facebook CEO Mark Zuckerberg, the Oculus Go is a standalone headset that unlike the Samsung Gear VR or Google’s Daydream doesn’t require an Android phone to function.

What’s more, it also shares some compatibility with the Samsung Gear VR in that they both have access to the same games and applications.

A smaller version of the Oculus Rift, Oculus Go features a motion-based positional controller, similar to the one that Samsung’s Gear VR uses. It comes with a wrist-strap, a haptic thumb pad similar to the HTC Vive’s controllers, a trigger as well as a start and a home button.

Designed using breathable fabrics, the Oculus Go promises to be lightweight and comfortable and will even work with those who wear glasses!

Importantly, the Oculus Go is also compatible with many of the same apps that currently work with the Oculus Rift. This means you can watch your favourite Netflix shows, check out movies on Hulu, watch 360 videos on YouTube VR, or even play online games like live roulette.

So is is the Oculus Go designed to compete with the Samsung Gear VR which Oculus also collaborated on? In some ways yes.

While the Gear VR currently retails for around £89 for what is essentially an empty shell, the Go is set to go on sale for around £229 for a fully functioning stand-alone VR product.

However, according to Facebook’s VR chief Hugo Barra, Oculus Go and the company’s recently announced development kit, codenamed Santa Cruz, are supposed to complement the Rift and Gear, not replace them.

According to Barra, Samsung Gear VR is often sold at a discount, even bundled for free with Samsung phones, so it makes sense for Samsung owners to continue using the Gear VR. However, where it’s hoped the Oculus Go may prove popular is with iPhone users who are looking for a reasonably priced VR option.

While VR headset sales may remain relatively niche, with the launch of new affordable standalone products like the Oculus Go here’s hoping that 2018 can finally be the year that virtual reality goes mainstream!

“Virtual reality was once the dream of science fiction. But the internet was also once a dream, and so were computers and smartphones. The future is coming and we have a chance to build it together.”