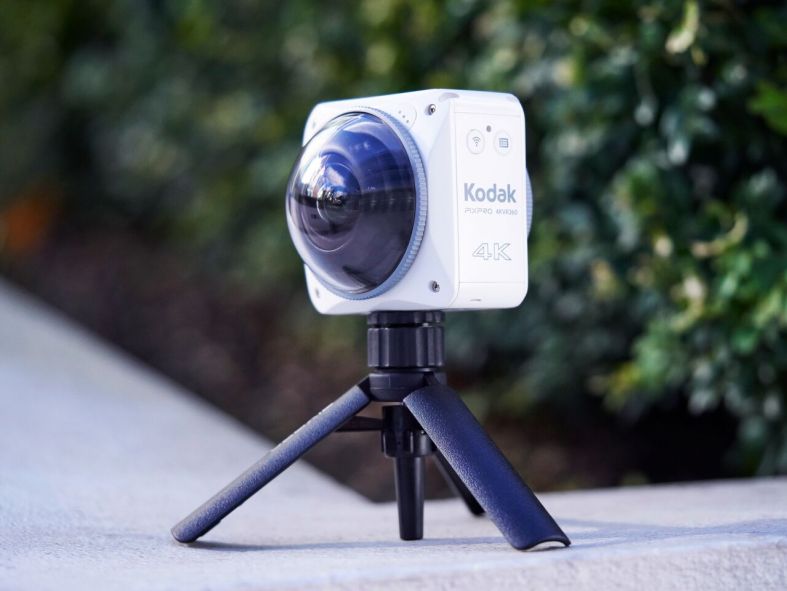 First shown at the IFA consumer electronics show in Berlin at the end of August, Kodak’s new VR camera, the 4KVR360 (also known as the ORBIT360 in the US) is now available in time for Christmas.

Featuring an all-in-one 360˚ VR camera, with two fixed focus lenses on either side, it also boasts 20 megapixel CMOS sensors for capturing a full 360 degree shot complete with three multi-view angles for more choice.

Each curved lens is designed to work in tandem to capture a full 360 degree 8 million plus pixel resolution video or image, offering crystal clear quality from every angle.

A compact, ultra-portable camera, the 4KVR360 uses Kodak Pixpro’s complementary Remote View App for iOS and ANDROID users so you can see exactly what  you are recording via a smart device. What’s more you are able to upload 360° photos and videos to social media accounts while on the go.

“The decision to continue expanding our award winning 360 degree VR camera line up with the new Kodak Pixpro 4KVR360 was a natural progression. We are committed to the interactive 360 degree video format and want to give yet another option to consumers when it comes to choosing a quality 360° VR camera based on their specific needs.”

Using the complementary Pixpro Desktop Editing and Stitching software you can easily trim and edit photo and video shoots. Wireless is also an option as the 4KVR360 has Wi-Fi, Bluetooth and NFC® connection capabilities.

We’ve managed to get hold of an early sample of the VR camera to shoot some exclusive videos with Kodak which are coming soon.

You can have a look at the first short video we shot using the Pixpro 4KVR360 below!