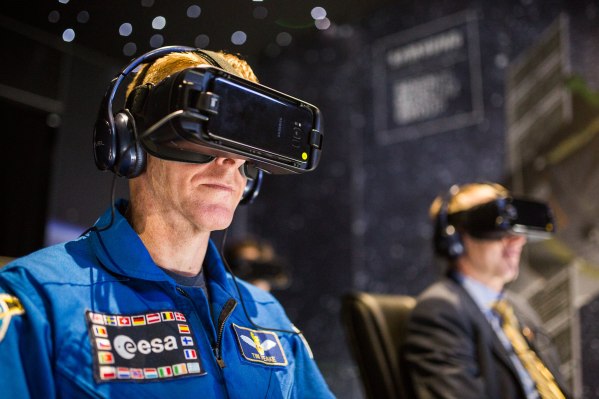 Want to see the actual Soyuz spacecraft which was used for Tim Peake’s Principia mission? Of course you do. Coming to a town near you, the Soyuz TMA-19M is set to go on tour until 2019, complete with a unique VR space adventure.

The Science Museum Group, which acquired the capsule, has joined forces with Samsung to create The National Tour of Tim Peake’s Spacecraft and Space Descent VR – a virtual reality adventure using Samsung Gear VR technology which places visitors right at the heart of Tim Peake’s journey from the International Space Station back to Earth.

The National Science and Media Museum in Bradford will be the first stop on the UK journey, as the Soyuz goes on display from Wednesday 27 September – Sunday 19 November, before landing in Shildon, York, Manchester, Edinburgh, Cardiff and Belfast.

It’s the first time that a Science Museum Group object has ever undertaken such a comprehensive tour of the UK, and the venture has a unique twist as one more tour venue will be chosen via a public competition.

Any venue interested in being the sixth venue of the tour, in autumn 2018, can apply via an online competition form at group.sciencemuseum.org.uk. The deadline for entries is 1 December 2017, and the winner will be announced in March 2018.

“It is wonderful to be in Bradford for the start of another incredible journey for this spacecraft, which took me on a life-changing journey and delivered me safely back to Earth.

“I’m particularly happy that people up and down the UK now have the opportunity to discover more about my Principia mission and space travel, and that the Science Museum Group – with the support of Samsung – are doing so much to inspire the public and schools in this tour. I’d also urge anyone who wishes to see the capsule land near them to contact their local venues to apply to be the sixth destination.”

Launching during the UK-Russia Year of Science and Education, The National Tour of Tim Peake’s Spacecraft celebrates the truly global effort behind modern space exploration. Manufactured by RSC Energia for ROSCOSMOS the Russian Space Agency, the Soyuz tells the story of the UK’s first European Space Agency astronaut’s journey to the International Space Station.

It was acquired for the nation by the Science Museum Group in December 2016 and is the first flown human rated spacecraft in the UK’s national space technology collection.

Space Descent VR is a virtual reality journey voiced by Tim Peake himself and will accompany the touring exhibition. It will enable people all over the UK to experience in first-person the high-speed descent to Earth from the International Space Station.

The full tour venues and dates are:

Tim Peake’s spacecraft – complete with its 25-metre parachute – is free to visit at all venues while Space Descent VR with Tim Peake will be available to visitors aged 13 and over for £5/£6.

The tour will be accompanied by an outreach programme to engage young people in schools with potential futures in STEM (Science Technology Engineering Maths) subjects.