Amazingly, it’s ten years since the first iPhone launched. A decade on and we’re now waiting in eager anticipation for the latest models, including the iPhone 7S and 7S Plus, as well as the much heralded iPhone 8. Here’s what we know so far about the new smartphones. Chris Price reports

1. It will be officially announced next week

Apple has confirmed a big launch event for Tuesday September 12th. Although the iPhone 8 hasn’t been explicitly mentioned, we expect it to be one of a number of new products from Apple (see below).

However, don’t worry if you haven’t been invited to the launch at the Steve Jobs Theater on Apple’s new San Francisco campus! You can watch the whole event on your iPhone, iPad or iPod Touch as long as you’re running iOS 7 software (or later) using a Safari browser on your device.

Alternatively if you have Windows 10, you can use Microsoft’s Edge web browser to view the livestream.

Head to  Apple’s webpage for the September 2017 event for more information about the event. 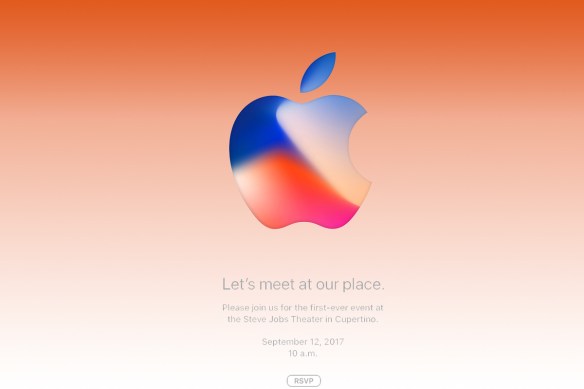 2. It’s likely to be one of a number of new products from Apple

In addition to the much heralded iPhone 8, there are likely to be announcements of two slightly less exciting iPhones, the iPhone 7S and the larger 7S Plus.

Also certain to make an appearance is the Apple Watch 3 and possibly even an Apple 4K TV.

3. It will probably have an OLED screen – better images and battery life?

Unlike conventional LCD panels, the pixels on an OLED screen produce their own light which means the screen doesn’t need a backlight. Incorporating OLED technology will help to save power, thus improving battery life. It will also mean better blacks and and an improved dynamic colour range .

Despite rivals having adopted OLED yonks ago, Apple has so far steered clear of the tech – possibly because Samsung controls the vast majority of phone-sized OLED screen manufacturing.

Could this year be the year that Apple learns to love OLED? It seems likely, having already been reported by the likes of The Korea Herald, Nikkei, Bloomberg and The Wall Street Journal.

4. There will be various screen sizes for the iPhone 8

Rumour has it that Apple is planning three display sizes for the iPhone 8: 4.7-inches, 5.5-inches and 5.8-inches.

However, importantly the screen is expected to take up more of the front fascia than previous models, just like the recently launched LG G6 and the Samsung Galaxy S8. In other words you will be able to squeeze a 5.5-inch screen (like the iPhone 7 Plus) on board a 4.7-inch iPhone (like the iPhone 7).

The downside is that this will almost certainly require the removal of the home button (and the Touch ID fingerprint scanner) from the front of the phone.

5. It will probably have a dual lens camera

Certainly the dummy model that’s shown on the Marques Brownlee YouTube channel (see here) features a dual lens camera on the back, just like the one on the iPhone 7 Plus, and it seems likely the finished iPhone 8 will have one too.

It’s also likely that both lenses (wide-angle and telephoto) will feature optical image stabilisation whereas this is currently only available on the wide-angle lens on board the iPhone 7 Plus.

The analysts also believe that the iPhone 8 will use a “revolutionary” front camera with 3D-sensing capabilities. This could be used to determine depth and location of objects in a 3D space and possibly for future augmented reality applications.

We are now moving into the murky realms of speculation. However, Apple did join the Wireless Power Consortium (WPC) back in February which is the body in charge of developing the Qi wireless charging standard (the one used for Samsung’s Galaxy S7.)

Add to this the fact that the new iPhone 8 (and possibly the iPhone 7S and 7S Plus too) are likely to incorporate glass backs then wireless charging looks a distinct possibility.

However, the latest rumours are that wireless charging may not be available immediately.

In a series of tweets from Apple blogger John Gruber, we learn that an inductive (wireless) charging accessory may be sold separately and that the function may not be fully available until the iOS 11.1 operating system arrives after the handset launch.

7. It will offer improved performance

Apple is almost certain to introduce a new system-on-a-chip (SoC) for the iPhone 8, as is usually the case with major iPhone releases.

Whereas the iPhone 7 runs the A10 Fusion chip, the iPhone 8 is expected to feature an improved A11 processor. Production for the chip is said to have begun on May 12, 2017.

Basically the A11 uses a much more efficient process than the A10, cramming transistors into the chip more densely to improve processing speed and hopefully battery life too!

8.  It is likely to be incredibly expensive

Not that any of the previous emails have been cheap you understand, but the iPhone 8 will be super expensive in the UK – not helped by the value of the pound against the dollar at the moment.

Is this the iPhone 8? Marques Brownlee shows a dummy version of the latest model in this YouTube video