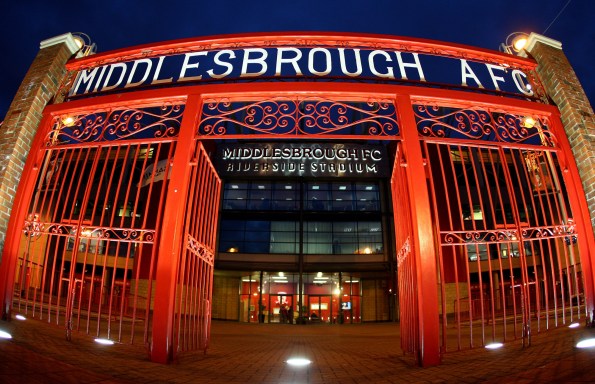 It’s not very often that Middlesbrough tops any tables, but when it comes to 4G coverage the North East industrial town is in first place, says a new report.

Consumer group Which? and analyst OpenSignal measured data from mobile phones across 20 cities in the UK.

The OpenSignal study analysed more than 500m data readings from mobile phones taken from more than 30,000 users between December 1 2016 and February 28 2017 via an app.

It ranked 20 of the biggest cities from top to bottom based on their 4G availability, ranging from Middlesbrough (82.7%) in the North East to Bournemouth (67.%) on the south coast in last place.

The report also looked at average 4G download speeds across the UK, finding Stoke-on-Trent to be the fastest city and Brighton the slowest.

Which? says big cities often suffer from sub-par mobile networks because it is more difficult to build towers and masts in built-up urban areas.

The findings will be of particular concern to businesses which see good mobile connectivity as vital to a competitive economy, says BBC technology correspondent Rory Cellan-Jones.

What’s more, the research will also lend weight to the argument that it is far too early to focus on 5G when the operators still need to invest in the infrastructure needed to take 4G everywhere.

Ofcom agreed that mobile coverage must improve and that it understood the “importance” of having reliable mobile broadband where people live and work. A spokeswoman told the BBC:

“Ofcom rules mean that virtually all UK premises must receive a 4G signal by the end of this year. We’re making available valuable new airwaves to boost mobile broadband, and have challenged mobile operators to explore how to reach all remote areas and transport lines.”

“This report continues to show how far the UK lags behind the rest of the world especially when combined with the very poor fixed broadband fibre-to-the-home statistics. It also supports the report from Lord Adonis that showed that the UK ranks 54thin the world for 4G.

“This lack of 4G coverage raises big issues around the suitability of driverless cars, as well as the Internet of Things; the report highlights that applications such as seeing who is ringing your doorbell, or turning your heating on when you are out may, only work in 2/3rds of the country.”

Which? is calling on the next government to work with Ofcom and mobile providers to ensure “critical reforms” are made to ensure a better performance and service for customers.

Alex Neill, Which? managing director of home products and services, said Ofcom needed to “keep the pressure” on mobile operators so every part of the country got a “decent service”.

“Our mobile phone is central to how we live our lives and that is why it is so frustrating when we can’t access emails or browse the internet on the go,” she told the BBC.